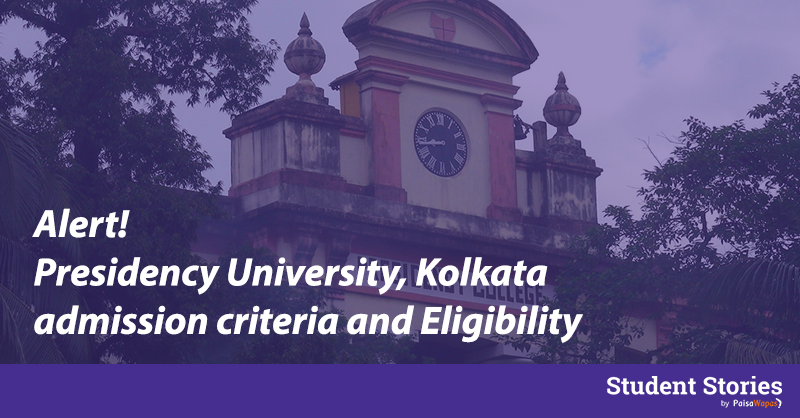 Presidency University has a unique place in history. It was one of the first institutes of Western-type higher education in Asia. In 1817, a group of enlightened Indians and Englishmen set up the Hindu College. This was taken over the British Government in 1855 as the College of the Bengal Presidency, and placed in 1857 under the newly founded Calcutta University. Over the next hundred years and more, Presidency College was Bengal’s pre-eminent centre of higher learning. Although a Constituent College of Calcutta University, it preserved a tradition of research matched by few universities in India. This gave a unique dimension to its undergraduate teaching.

Presidency was granted and established as a University in the year 2010. It got another feather added to its cap when it got a very impressive 3.04 CGPA and Grade A from National Assessment and Accreditation Council (NAAC). It is rare for a new university to get a top rating in its first cycle because NAAC takes into account the number of PhD students produced. But it more than made up for this by securing the highest marks in governance and infrastructure.

You may also like Presidency University Overview, Courses Available and Facilities

Presidency University, Kolkata offers admission to various UG programmes through an entrance exam conducted by West Bengal Joint Entrance Examination Board (WBJEEB) for the academic year 2017-18. The examination for admitting the students to the undergraduate courses is known as PUBDET. After the results are declared by WBJEEB, the students are admitted to various courses purely on the basis of merit of the results of PUBDET.