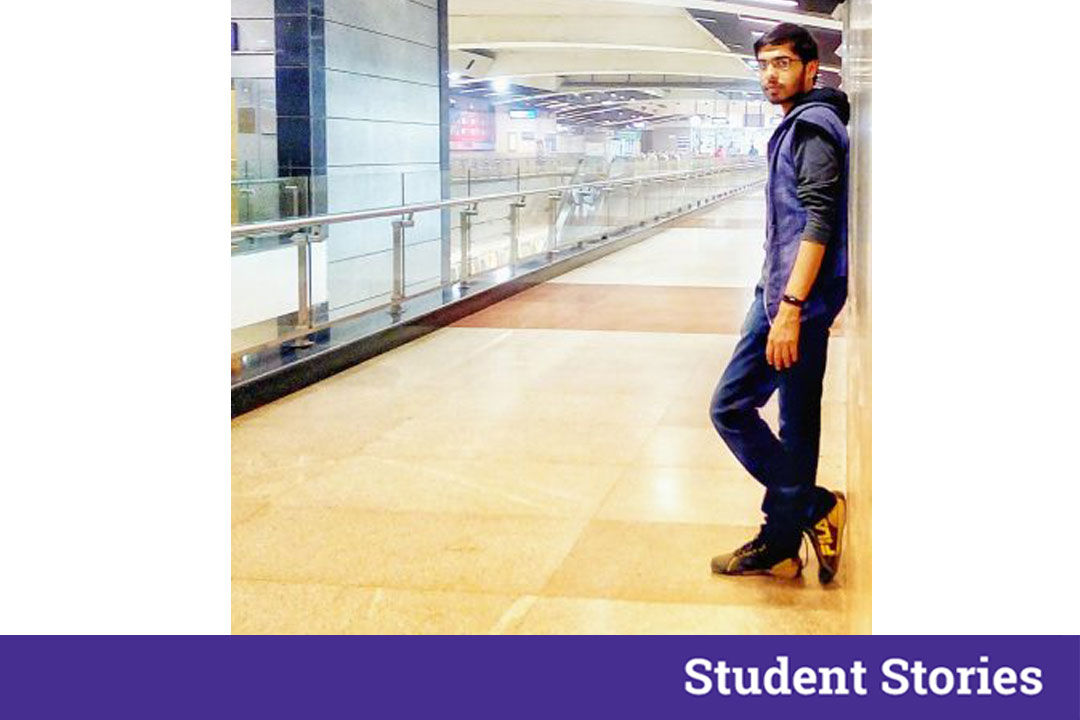 Rajdev Kapoor a  student of class XII who is currently studying in Delhi. He admires Apple’s tag line “Think Different” . Computers and technology always fascinated him right from his childhood. He was always keen to know what’s behind that makes it work. When he  was back in class 8th he used to live in a small town Rampur (Uttar Pradesh) and was studying in Dayawati Modi Academy. He started with the coding right from the age of 13. As he was from  small township so there was lack of resources available to learn the skill. All one could  rely on was the Internet. That time his parents bought a computer and an internet connection so  he  could enhance his  coding skills. he  started  to work on his  first Android project that was to connect the school with parents through an android app. After months of coding he finally came up with the app and the app which was made the official app of his  school.  Another great  thing that happened along was his  name got registered in India Book of records for being  “The Youngest App Developer”
He  thanks his  parents his brother and all those who have supported him to take his dreams come true.
In a conversation with Rajdev Kapoor,

1.How do you feel on seeing your name in the Indian Book Record at a young age?

I felt so happy and privileged on seeing my name in the Indian Book Record and also that my first project became so successful which was so unexpected.

2. What were the struggles you faced while working on the Android project?

While I was  working on the project , it was becoming difficult for me to manage academics along with the android project. My family was my supportive system and they believed in me and that’s why my project became successful.

3. Who inspires you the most and whom do you look upto ?

‎I am highly influenced by the late Steve Jobs and Mark Zuckerberg , the way they have changed the way of living have fascinated me towards technology and  I strongly  believe in connecting more people together.

4. How does your family take your success?

My family always believed in me in whatever I did and they were very happy on seeing my Android Project successful and they always stand beside me in all the ups and downs which I face in my life.

5. How do you feel on getting known by the world at a young  age?

‎It was my first Android project that I  was working on with a believe that I can connect the school and the parents more conveniently. I had believe in me and my family trusted me a lot  and Ultimately it became a success. I feel quite happy to look back at those days.

6. Which was the best moment of your life that you want to relive again ?

7. Which is the project you are presently working on ?

Presently I  am working on  a project that would help the students in academics and I hope it becomes successful too.

From A College Dropout To Co-Founding A Startup Worth Millions ! King Sidharth The Magnanimous Persona

The 17 year old who is Generating Free Electricity for 24 Hours From Banana Stems : Gopal G The Inspire Award Winner

The Story Of An Accidental Entrepreneur! Sai Krishna VK Is More Than It! Tech Geek, Serial Entrepreneur And What Not ?
He Is Changing The Dimension Of Your Perception About North East. Meet Rewaj Chhetri, Founder Of NE Taxi!
Comment