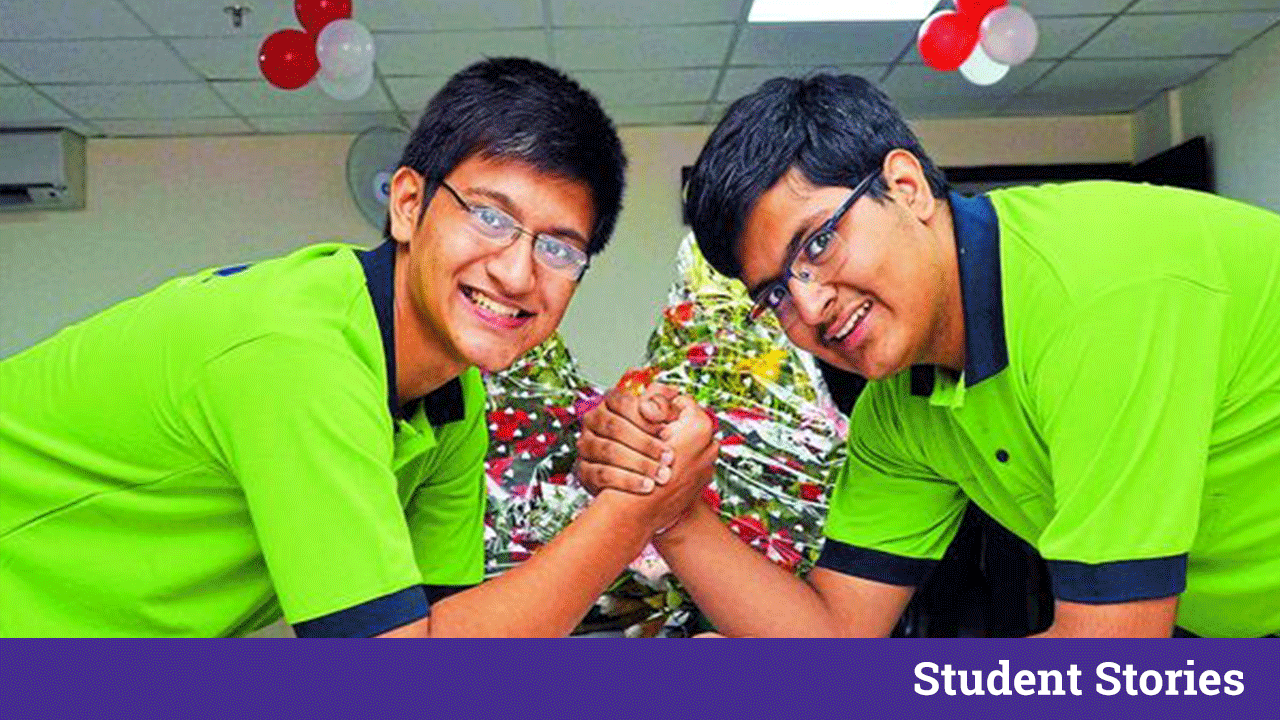 “Look at the day when you are supremely satisfied at the end, it’s not a day when you lounge around doing nothing. It’s when you’ve had everything to do and you’ve done it.”

Archit Gupta appeared for AIIMS MBBS 2017 and JIPMER 2017 where he scored AIR 2 and AIR 35 respectively. He is someone who does not believe in the number of hours one puts into studies but the quality of efforts put in those hours.  As per him, to be most effective, a candidate’s strategy should be customized and created based on one’s own strengths and weaknesses. He also mentioned that aspirants should especially focus on what they are taught by mentors at coaching institutes.

1. What was your first reaction to the outstanding result?

Honestly, I was not expecting such a high rank. I was expecting a good rank, but securing AIR 2 is beyond words. I am still trying to let this and the news of being AIR 2 in AIIMS sink in. It was my passion to pursue medicine as I was inclined towards helping people and serving the nation. The hard work however finally paid off very well. I was slightly nervous and tensed when I was taking the exam. But then somehow when I started the paper, I started feeling more confident and relaxed.

2. How did they support you during the preparation days?

I feel blessed to have such parents who have been with me through thick and thin. They never pressurized me to take up any subject or pursue anything else that I didn’t feel passionate about. They just let me be. My father, always insisted I follow my passion. Both of them were very supportive during the preparation period. Probably this is one of the reasons for how I performed this year.

3. Tell us about your study schedule during preparation?

Surprisingly, I did not follow any schedule. I studied whenever I felt like but those were good hours that I put in. Whenever I sat down to study, I would give my best and not think about anything else. I treated all three subjects equally. I do not consider any of them easy or tough as I find all three of them at par.  I did not had any success mantra. I just followed what I was taught in my coaching institute and did lots of revision. I made sure I would revise whatever I was taught in the class at home as well.

4. Do you think coaching is necessary for cracking competitive exams?

According to me, coaching is necessary only if you are aiming for top ranks. But those who wish to avail it should go ahead as the guidance provided by them is useful and effective for everyone. They have helped me understand my strong areas and work on weaker areas.

ALSO READ “Every Indian Must Read This! With The Motto Of ‘Educate, Organise, Liberate’, Youth United Foundation Is Working Wonders!”

5. How did you balance between preparation for your state board exam and NEET?

It was not that difficult as the preparation for my state board was always my top priority. I always followed up at home whatever had been taught in class throughout the day.  I took coaching guidance from Allen Kota for my medical entrance exam preparation. While preparing for medical entrance tests, I heavily relied on my coaching institute’s guidance and I feel I have been able to secure such a rank because of that.

6. What did you do to keep yourself refreshed?

I am not someone who will only be studying and not take time off for myself. I like playing mobile phone games and love watching Hollywood movies. I have always been a big fan of Christian Bale. Aspirants should take rest once in a while and relax. This is an important exercise which every parent should indulge their child in. This reduces the pressure they might be feeling.

Nothing is impossible if you work really hard. I would suggest aspirants to not follow the methods that toppers are adopting. I would suggest that they should create their own plan and follow the same. I would also suggest them to focus and be determined with their preparation strategy and success will follow.

Google Wants This 15 Year old ! Meet The Self Taught 14+ App Developer | Nitesh Yadav
Team Shunya From IIT Bombay All Geared Up to Revolutionize Global Housing And Energy Conservation Scenario ! All Set To Conquer The World
Comment