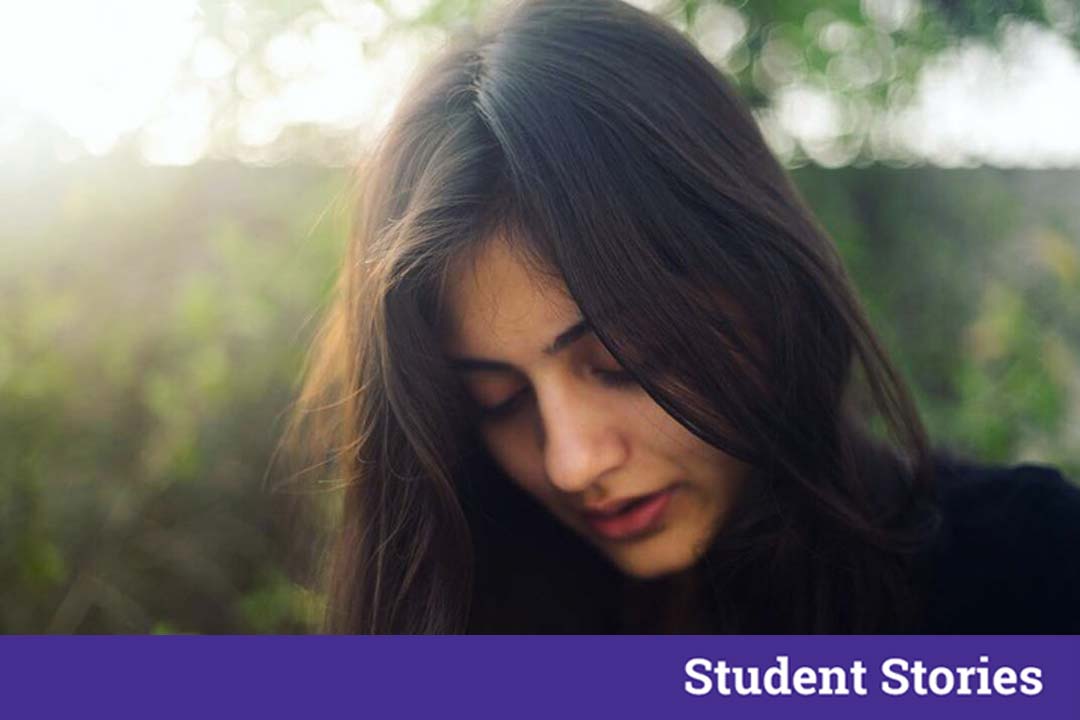 22 year old Gauri Awasthi from Uttar Pradesh is not only a select writer on Terribly Tiny Tales and Buzzfeed India but also a trained Bharatanatyam dancer. She is the co-founder of a very unique initiative ‘The Vegan Wardrobe’. Now before we get into more details let us be aware of this initiative. The Vegan Wardrobe is the ultimate destination for sustainable fashion. It is cruelty-free fashion, beauty and lifestyle blog that curates a guide to an environment-friendly living. Gauri aims at bringing about a consumer-driven revolution and aligns with the fact that if every one of us starts investing in the right kind of products i.e. products which are sustainable and cruelty-free, we’ll be doing so much as a whole to change the way animals are treated in the world and hence contributing our bit towards climate change. She has been fond of animals since a young age and her empathy with them pushed her to create this space to start a dialogue.

Check out The Vegan Wardrobe

Let us get into a conversation with Gauri:

I think empathy is the answer for all artistic professions. A sense of understanding of the position and problems of everybody else does not only make one a better writer or poet but a better person in fact. The world would be a kinder place if we all practiced empathy like religion. But then again, everybody’s definition of better varies.

2. Can you describe the time when you first realised that this was something you absolutely had to do?

I don’t think it came like a sudden revelation or anything of that sort. There were no thunder crackling purple skies or a heavenly intervention, so to say. It was mundane and calming at the same time. There was a sense of urgency, of course. The kind that makes you want to jump into the river, the moment you realise how much you love swimming, or drowning I’d rather say would be a more appropriate parallel to draw.

I don’t think there is one particular thing they are based on. They are all inspired from different aspects of my own life and everybody else’s. Like all art, it can be triggered by anything, right from a piece of wood to a broken heart to the violence against women.

There are a lot of writers and poets that inspire me. To name one wouldn’t be fair or truthful. Sylvia Plath, Maya Angelou, Chimamanda Ngozi Adichie, Sharon Olds, Rabindranath Tagore – I go back to their work often. Recently I read the poems of Indian poets like Eunice De Souza and Tishani Doshi, their poetry has inspired me to stick to my own voice.

5. What do you try to communicate through your writings ?

I think writing is a very selfish profession. Most of the times, there is nothing I particularly want to say to anyone. Or I probably don’t write to say something, or expect a certain kind of response. If a message is delivered, it’s a brownie point but when I am writing, it’s always just what I’ve felt or experienced or lived in those moments. How one reads them, can communicate an entirely different message so one never really knows.

Meet “Meet Pritam Das, Whose Magnificent Photography Skills Not Only Depict The Beauty Of A Place But Also A Story Behind It!”

6. Is there any difference between the old age poets and the modern day young poets? Is yes ,what and which one do your prefer personally!

I think modern day young poets (and I acknowledge being a part of this generation) are much lazier than old age poets and that comes with the advent of social media. You just write some unedited cliche poems, hashtag them right, use beautiful outsourced images and fonts – Boom! You’re famous.
This has clearly developed a sense of instant popularity and gratification amongst young poets resulting in the clutter as well as exploitation of poetry online such that every second person you know is a poet. I don’t think it’s good at all because really clear voices are lost in this quest to get more likes or become a more famous poet. And poetry has always been beyond that. I am a fan of all things old – books, vinyl records, cassettes and the same is the case with poets.

I am pretty sure it was a stupid love poem. I wrote it  for a teenage crush who I never gathered the courage to talk to. Eventually he left school and I cried my eyes out writing a rhyme poem about how beautiful his eyes were.  I regret the fact that it was a rhyme as well as love poem.

I definitely think it does influence the image of a writer or poet but it’s not the end point for establishing a career in the field. I know a lot of publishing houses that only publish your work if you have enough followers on Instagram and the like, but at the same time I’ve seen voices come from absolutely nowhere that have eventually established themselves as pioneers in poetry. So I guess it’s the writer’s choice.

This is really tough but I’d say Alice Walker because she completely changed the way I saw storytelling with ‘The Colour Purple’. This is an unfair question though. I feel the need to name all of them. Haha

10. Tell us in details about The Vegan Wardrobe!

So The Vegan Wardrobe is an initiative by my elder sister – Ms. Purvika Awasthi and I, to raise awareness about ethical and sustainable living. It’s vegan lifestyle blog where we curate clothing, cosmetics, etc. that is environment-friendly and cruelty-free.
We grew up loving the environment, and always felt the need to do something for it. This is a step ahead in that direction. If the readership on the blog keeps increasing, we’ll expand to doing other things for the planet. She is a landscape architect and very attached to the flora. I’ve always been a tree-hugger so this is the intersection point of our love for nature and fashion. It’s based on the idea that if the consumers become aware of what they are investing in, they will shop more responsibly. I truly believe together we can fight climate change and all the human rights violated in the fashion and lifestyle industry. It’s basically for anybody who adores the nature or loves animals or fellow humans.
You can find us on: The Vegan Wardrobe

11. Is writing more of a passion or profession for you?

I’d say I am pursuing my passion, professionally.

I just want to tell everybody to always fight for what they believe in. In the end, it’s all really worth it. I grew up in a North Indian milieu and saw women always being treated as secondary citizens. It still irks me and I wish people were kinder to each other. One should have the fire within them to fight for their rights. I am a feminist I think it is the need of the hour, now more than ever. So don’t ever trap the fireflies in your body, let them go soul searching.

“Know Your Camera, Know Your Rules”, Says Madhusudan Or The ‘Maddy Photographer’, Who Is Also A Filmmaker And Actor Besides His Photography Profession!
Meet The Dazzling Performer And The “Master Of Pranks”, Apoorv Anand Who Owns The Youtube Channel Fake Firangi!
Comment