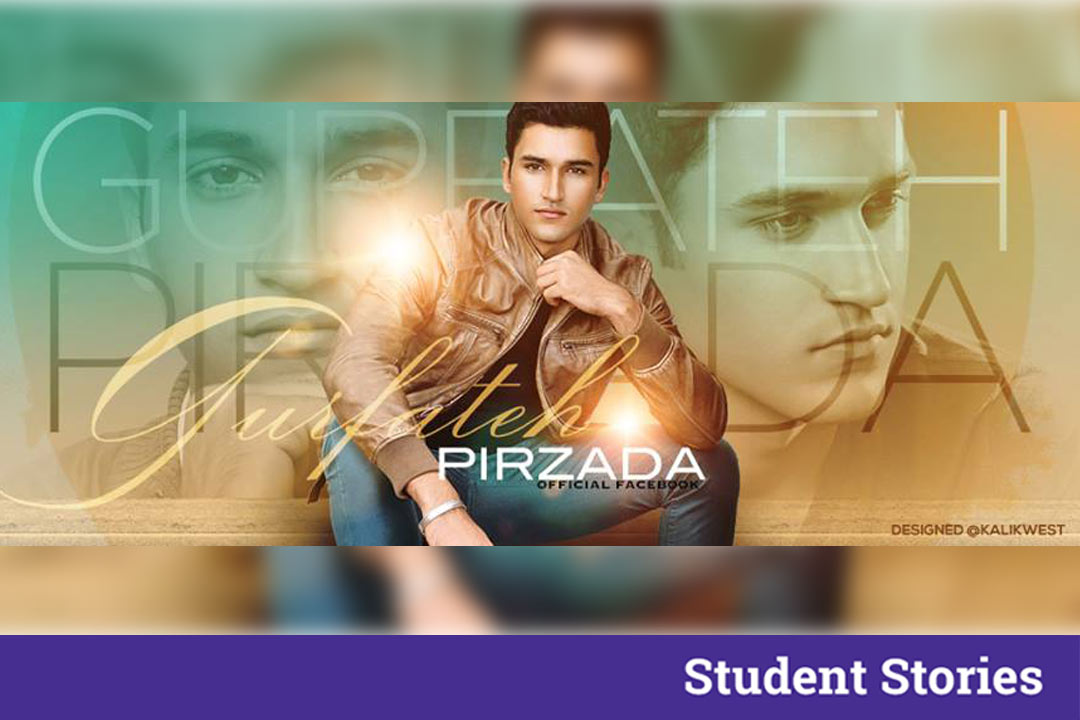 Meet the Mr India 2014 finalist Gurfateh Pirzada who has also represented Haryana in district level Cricket and is currently shooting his first international film to be premiered at Cannes this year . He is originally from Chandigarh but raised in New Delhi. He finished his schooling from Pathways World School, Delhi with an International Baccalaureate Diploma. He is an aspiring model and actor with travel interests. A social bird inclined to reach each corner of the world. A fitness freak and a complete Go- Getter. Focused, Determined, Committed.

Let us meet Gurfateh who shares all his experiences with us !

How was your experience being Mr India finalist in 2014 ?  What changes has the experience bought in your life?

Well, the time I had participated in Mr. India I had just moved to Bombay, had only been a few weeks. I had never even thought that I’ll make it that far as I was so clueless about the industry and also the youngest one there in the entire contest. But obviously it turned out to be a really good experience, also helped me settle in, figure the way the industry works. More than anything else all that experience and grooming for an 18 year old boy right out of school was life changing.

What were the initial days’ struggle? How did you cope up with the things coming your way?

I wouldn’t really call the beginning a struggle, at the end of the day everything is a learning experience, and to get somewhere to make a difference you have to cross a few stages of difficulty; or I should say its the prep for that final result. If anything bad would happen or if I’d start feeling low I would also tell myself that my success story is being written haha (And why the hell not) Its all about being positive!

To be an established actor you need to be able to measure your success and build on that. How do you evaluate success within your role?

I don’t think you can ever be content in your life or this career for that matter. Atleast I can’t, for me it is always about the next thing. if i’ve achieved something, i let it seep in, enjoy that certain feeling and then look for the next best thing…the mind is often clouded by the question of what’s next and i wouldn’t want to change that. I don’t think I’ll ever be successful enough…atleast not yet; but as long as I’m growing and better than what I was yesterday, i’d be in a good place. For me success is about being happy and i think i can achieve that without being content within my role. And I think it’s safe to say that I’m in a great place in life as a 22 year old; alot to look forward to and a lot to learn.

Also read ” Photography Is The Story He Fails To Put Into Words – Meet The Sensational Photographer, Shivam Bapat “

Talk us through some of your biggest achievements to date. Why were these memorable to you, and how did you achieve them?

Top of the line would be overcoming all my fears and bringing myself to the stage. Being an introverted person, I never really planned my life to go this way, I might have thought about the idea of being on the screen while watching films back in my childhood, but the idea of doing something in front of so many people while everyone’s eyes are on you, was kind of a far fetched task for that kid who would go under the bed even if someone was visiting his home and he knew that there will be some socialising required.

Now when I look back that kid has come a long long way…and is all set to conquer everything else the future holds. So you shall see a lot more of me very soon! A lot more achievements will be added to the list, so we’ll leave that for another time!

In this industry success is not guaranteed, failures are inevitable. How do you cope up with these failures and what challenges does it bring in your path of becoming a successful actor?

I personally think success is not guaranteed in any industry, not just this one. It only just depends on how bad you want it, and also most important thing is to plan out your journey and to be positive through out. The minute you doubt yourself, the world will start doubting you.

And at the same time its really important to train as an actor, so instead of sitting at home in your free time…. go out there, meet people; work on your craft. Vanity can take you only so far; eventually its your acting that’ll take you a long way.

What is your upcoming film about ? And why do you think your role suits you and your personality?

I can’t really talk much about that. All I can say is that I really loved the script and wanted to be a part of it. About the character, its not at all like me, different in alot of ways , but as an actor you kinda find a way to connect yourself to the character; and that’s exactly what I tried to do. Its mostly for the international festivals and will Premiere at Cannes; so hoping it does good things for me!

What are the major things you consider while taking up a role ?

I think I’m at the very beginning of my acting career, so I would always want to do something that prolongs my career, displays what I can bring to the screen and hopefully people would like that. There are alot of good stories coming up, a lot of experimental cinema and obviously the commercial films too.

Eventually when I look at a script; I always think about the film from the viewers perspective..and eventually every film caters to a different set of audiences. ideally I would love to do it all; I have the time by my side and there is a world of opportunities out there.

Now since you were a district level cricketer what changes do you think the Haryana Cricket association needs to be able to compete better in the national level and make a mark ?

I played cricket long back, I must’ve been 16 when I stopped playing. The time I reached the district level I was 14, so times have changed alot since then and I think there is an ample amount of facilities and opportunities for aspiring cricketers and we are already making a mark globally, We have got one of the best teams. But I hope in the future all the other sports are given equal importance as well. With the right amount of support we can find a gold medal in each and every nook and corner of our country.

Your message to youngsters who want be either actors or cricketers !

I think the best message I can give out to everyone is to follow your dreams. I was lucky enough to have my family support in my decision of wanting to be an actor and that helped immensely.

So if you have a dream, go for it. But at the same time make sure you work hard and be better than anyone else out there, Don’t leave any stone unturned.

Coming From A Small Town And Making A Popularity In The Indian Music Industry, Meet Vivek Verma, Music Composer, Producer, PlayBack Singer!!
A Young Soul Who Sees the World Through the Lenses of Nikon, Meet the Dazzling Photographer: Mohit Kumar.
Comment