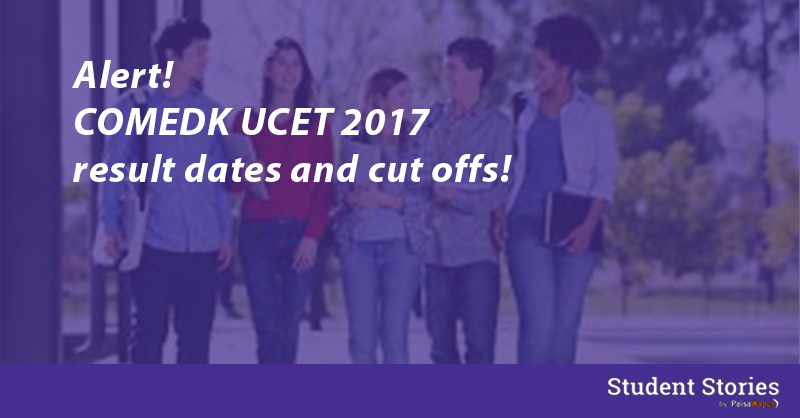 About COMEDK and Result dates

COMEDK, the Consortium of Medical, Engineering and Dental Colleges of Karnataka, was conducted online on May 14th, 2017. The provisional answer key of COMEDK was released on May 17.  The expected result date is on May 29. The online exam was conducted across 697 exam centres in 151 cities in India. The admissions are done across 20,000 seats offered by the participating institutes of COMED-K. More than 60,000 students generally apply for the COMEDK UGET, an alternate test to engineering admissions in Karnataka after the state held CET exam.

This year the cut offs will be announced before conducting the admissions for 2017-18. Cut-off of COMEDK UGET 2017 is the closing rank or last rank at which admission to a particular undergraduate engineering programme at a particular engineering college will get closed.

In other words, admissions will not be offered to test takers after the closing rank or cutoffs of COMEDK UGET 2017.

COMEDK UGET 2015 CUT OFF FOR ENGINEERING :

I love reading.. on a free day, you'd find me on an armchair, reading a novel while sipping tea. I started reading at the age of 8 and my first book was Harry Potter, which remains my favorite no matter the other books I've read. Other than reading, I sing. I am currently learning western vocals! Chess be my favorite game.. I am a devout Christian and spend most of my time at church, because it brings inexplicable peace and serenity... eating is my favorite activity.. I am a non vegetarian but I prefer veg. I love trying out new cuisines.. so this is all me!