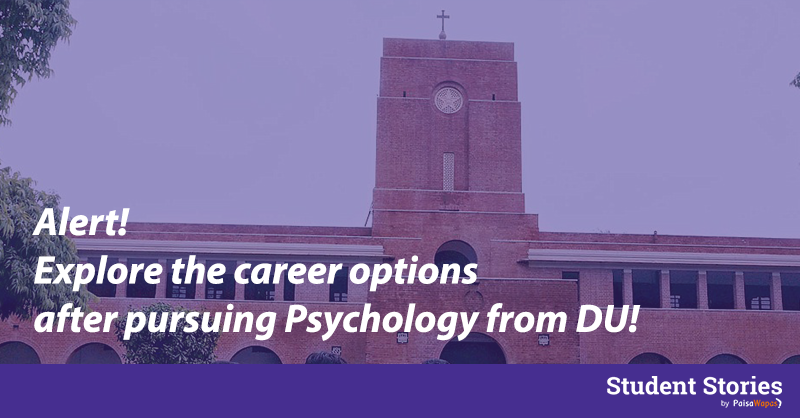 Delhi University is all geared up to start its admission under the 2017 Undergraduate and Postgraduate schemes. Students are excited as well as tensed to know what is the probability of their getting admitted to the desired college and course. Psychology has always remained one of the posh and vastly opted subjects in Delhi University. However, there are not many colleges offering Psychology in their curriculum.

Studying psychology in +2 is not a requirement although having studied it will improve your understanding at the graduation level.Hence, it is also a stream neutral course.

Child psychologists are responsible for studying, analyzing, and diagnosing the mental, social, and emotional development and behavior of children from birth through adolescence. Some of the things that child psychologists study include genetics, personality and brain development, social maturation, and language development. They are also charged with helping identify, prevent, and treat social, emotional, and developmental issues that inevitably arise in children.

Biogerontology careers are primarily research based careers. Professionals in this field will often conduct vast amounts of research on the process of aging and all of the ailments associated with it.Many biogerontologists will choose a speciality, which may include such things as Alzheimer’s disease, arthritis, cancer, cardiovascular disease, hair loss, osteoporosis, and wrinkles.

Clinical psychologists are the psychologists in charge of analyzing, identifying, treating, and preventing mental disorders and issues. Don’t mistake them for medical doctors as they can’t prescribe medical treatment in most of the country, instead they work in private practice, or state-run hospitals, or an academic environment and study psychological disorders such as schizophrenia and depression. Their job is to help their patients identify, understand, and treat both common and serious mental disorders.

Consumer Psychologists study and analyze how thoughts, beliefs, perceptions, ideas, and impulses impact people’s behavior as consumers. They study how and why people use, buy, and experience certain products and then they draw psychologically-based conclusions surrounding consumer behavior, trends, and patterns. Consumer psychologists often look at factors such as decision-making, impulse control, and social and cultural influences when examining consumer behaviour.

Cognitive Neuroscientists examine and understand brain functions and how they relate to behavior and development. Their primary job responsibility is to study and conduct research on how and why humans think and behave the way they do. They combine science and psychological knowledge to try and understand how behavior and actions are controlled by neural activity and functions.

Also read “Delhi University Admissions 2017 : If you Choose A Language, Get Advantage Up To 10% Marks In BA Programme!”

A Young Soul Who Sees the World Through the Lenses of Nikon, Meet the Dazzling Photographer: Mohit Kumar.

Watch Out For The Ground Breaking Society Of Delhi University- RamComm Which Is Impacting Millions Of Lives Daily !