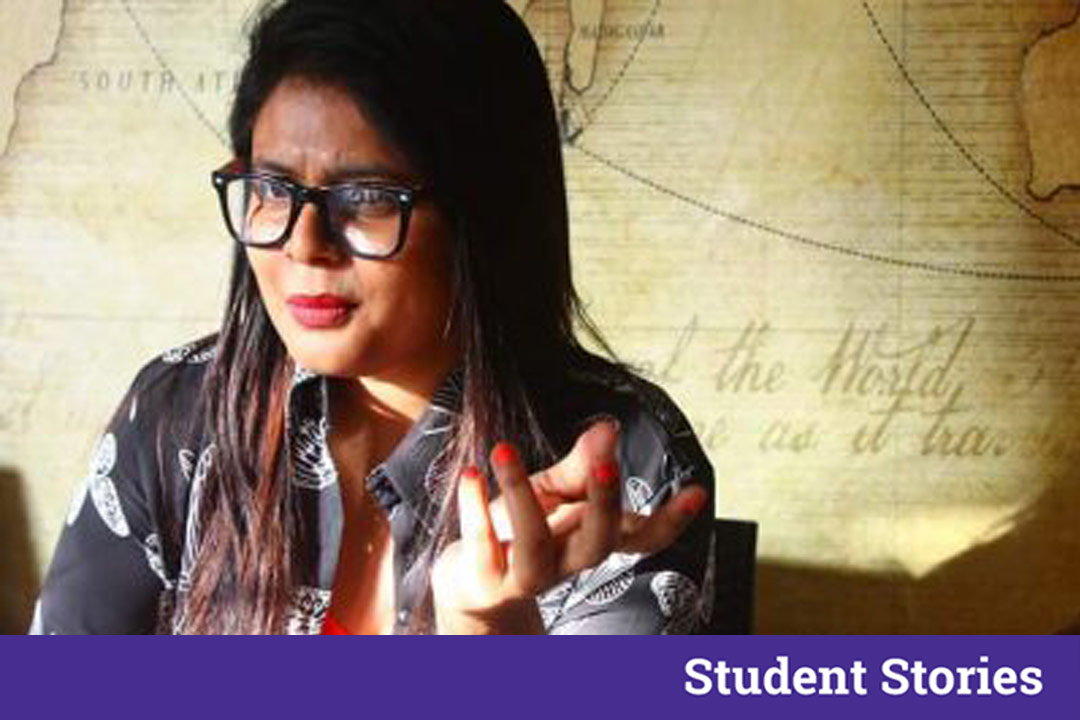 Meet the star comedian , Shikha Singh who was the only one to make it to the Top 11 of The Great Indian Laughter Challenge from Bengal . She believes that the test of first rate intelligence is the ability to hold two opposed ideas in the mind at the same time and still retain the ability to function. One should for example, be able to see that things are hopeless and yet be determined to make them otherwise .

She likes challenging conventionality, She has jokes on why ‘I hate babies’ and ‘I love mosquitoes’. She tries to draw larger analogies from simpler things to bring some fresh perspective to the the larger problems with our society and mindset ! What an asset in the comedy industry

Let us meet Shikha who shares her experience of being a participant on the show The Great Indian Laughter Challenge !

In a conversation with Shikha –

Describe your journey in The Great Indian Laughter Challenge ?

My journey at The Great Indian Laughter Challenge was challenging to begin with. All the shows and open-mic that I did before the show were mainly in English. Also, my attempt at humour is relatively dark as compared to the comedy that is prevalent on Television shows. Thus, it was double the work. My content at the show had to go through tough knife a lot and editors at the channel removed a lot of my jokes. In the process the larger message in each set was lost and quality of the jokes were affected. It was like reading a novel without the ending. I cannot deny that I have learnt a lot from my experience and the exposure it provided has definitely made me a better person. Now, more than ever, I am determined to continue doing comedy. It was humbling to know that around one lakh people had applied for the competition and around hundred were short-listed for second round. In third round there were forty-five contestants that made to the television round. I would like to take this opportunity to mention that I was the only one from West Bengal to have made not only to top eleven but also top forty-five in Laughter challenge.

What are the new roads you ventured in the great Indian laughter challenge?

Most notable among other things were the workshops that were conducted by Mr. Rajit Kapur. He was a great teacher. He also invited all the top fifteen contestant to one of his theatre performance. It has increased my respect for him as a human being and towards his craft as an actor and performer. His workshops improved my confidence on stage. I learned to infuse more energy on stage which was against the style of humour, I was practicing earlier. My humour is mostly subtle but the mentors helped me understand the difference between subtlety of persona and use of voice. I learnt a lot about timing in Hindi comedy as well. The rigour was intense as there was a lot of pressure to deliver content in a very short span.

If you had an opportunity to go back to the past, what would you change in your younger self so that you could have been better in your field?

I have learnt from every mistake I made. It has helped me subsequently in my life. When I look back, I feel that if not for those mistakes then a lot of epiphanies would have never occurred to me. I would have definitely wanted to pay more attention in Hindi class though.(laughs)

Tell us about a moment in your comedy career that you’re particularly proud of.

Haven’t had that moment, will let you know. Life is too long to say that this is the moment that will make me the proudest.

What is it being a woman in comedy?

It is exactly like being a woman in the real world.

I like challenging conventionality, I have jokes on why ‘I hate babies’ and ‘I love mosquitoes’. I try to draw larger analogies from simpler things to bring some fresh perspective to the the larger problems with our society and mindset.

What emotions do you feel your jokes brings forth in audience?

It gets them curious and I hope that it has an insight.

Meet Sameer Khan, The Author Of ‘Eerie Edges’, Whose Poems On Love, Life & Fighting Depression Will Make You Fall In Love With His Writings!
This 12 year Old’s Achievements Are Going To Make You Raise Your Brows. ” A World Record Holder For Being The Youngest Composer!”, Meet Pranjali Sinha To Get Some Inspirational Goals!
Comment