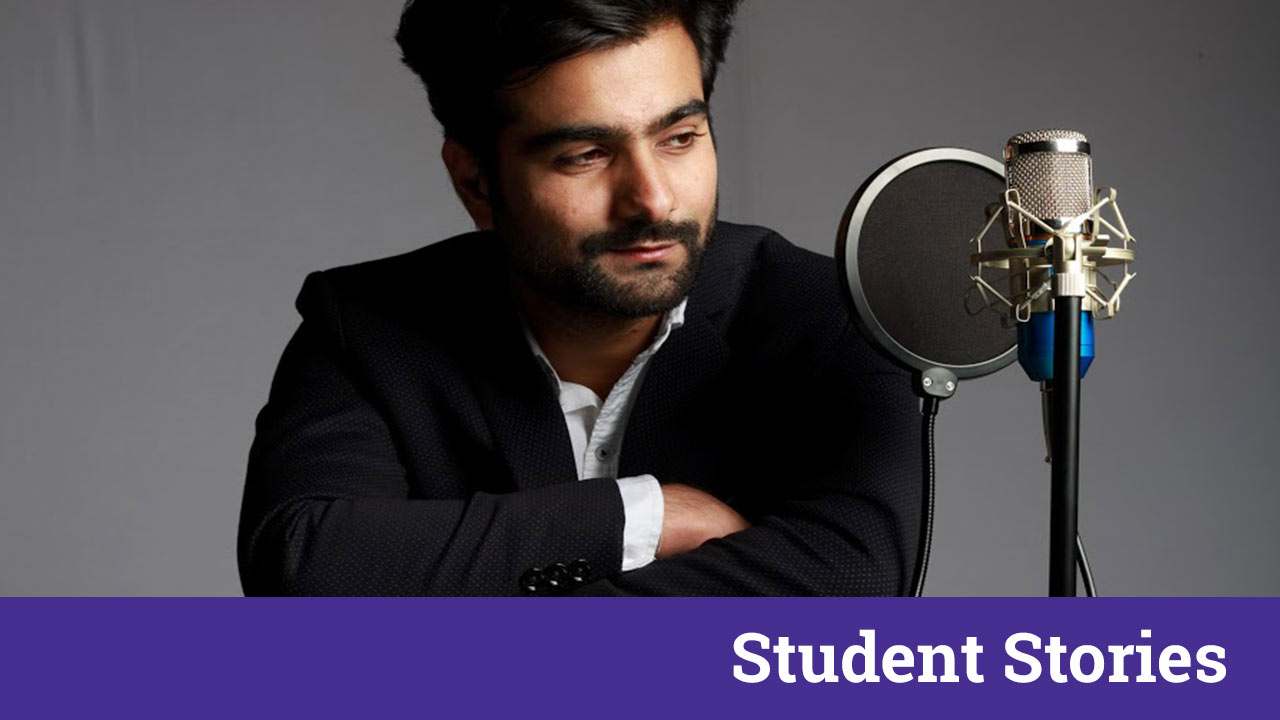 When you pen down your feelings it becomes a ‘Song’, But what you make others feel about is ‘MUSIC’ – Suyash Bijalwan

Suyash Bijalwan, A young Musician from Uttarakhand, emerged as a new ray in the world of music with his soulful Songs. He is the founder of famous Indian Pop/Rock Band Nishchay. His band has been featured on Aaj Tak, Amar Ujalaa, and many other Media Platforms. He wants to grow his Rock Indian Music to another level. He doesn’t  want to stick with a city or a country. He is a Medical Student and for Nishchay he writes, composes and sings song. Let’s know more about his journey in the interview down below.

In Conversation with Suyash Bijalwan :

At such young age, you have your own band. What exactly is the position that you are planning for?

Ans – Thank you so much, I had always seen the dream of making people feel good and wonderful when they listen to my songs and music. The position I am planning for me in near future is to get established as a successful Singer /Songwriter and live performer. I want to take my music and band on an international level. We are planning to do more and more live shows and concerts we just don’t want to get limited to a place city and country.

Tell us more about the concerts you have performed yet, and how you’ve got the confidence to perform in front of such a big audience?

Ans – I had performed at many prestigious platforms with my band till now. We had done live concerts at many universities. We had also covered college fests, opening ceremonies, private gigs and all. So far and we are really in love with doing these live acts. Going live is one of the best things we had experienced in life. If I talk about the confidence of going in front of our audiences, this is because of all the love from our followers and supporters. They know our songs and they really show their love towards us by sending us lovely messages and appreciating us. All this develops a lot of positivity in us which helps us to be on stage with a lot of confidence and love for our audiences.

Also Read Scrumptious & Great Variety of Food With The Beautiful Foodie! Meet Manmeet Kaur- The Expert Food & Beauty Blogger Who Will Guide You To Food Paradise!

When was the first time you realized that you have something to do with Singing?

All this started when I was a kid. I used to listen my mom singing. This is when I got attracted towards singing and music. Later on, I learned basics of music and developed that as I grew up.

What is the major difference between a playback singer and live performer?

Nowadays if I tell you, Mostly all the playback singers are also doing live acts because it’s a time of versatility. But if we talk about playback singing and live, there is a huge difference. In playback, you have the chances to give your best because the audio is going to be released all over and it needs to be perfect and you get chances to give your best. You can sing again and again if you think you can give much better next time. But on the other hand in a live performance, you don’t have more chances. when you have a live audience sitting in front of you and everyone who is present there is expecting a superb performance. You have to give the best at once. There are minute glitches during live acts but those can be neglected.

Apart from singing what you enjoy most in the world of music.

Apart from singing, I love the Songwriting part. The part I enjoyed the most when making a song is songwriting. You get to write what’s going inside your mind and heart. You pen down your feelings and thoughts. So, this the most beautiful part.

What according to you is the most important quality a person should have to become Songwriter?

Ans.- The most important thing for becoming a songwriter is creativity and imagination. If you have imaginations if you have dreams and you can write down what you feel. Then you are absolutely prepared for writing a song.

Do you think social media plays an important role in a career of a singer to get established? Reasons.

Ans. – Absolutely nowadays social media is one of the most important part of spreading your music to a large number of people because not all the good artists have enough resources to record and launch their songs by big record labels. Social media platforms give great chances to artists to personally get connected to people and share their music.

Deepika is pursuing graduation from the University of Delhi. Apart from this, she always wants to do something of her choice, to follow her dreams, beyond the expectations.The only thing she believes is - Make It Large.

Poetry That Leaves You Mesmerised! Meet Cipun Mishra Who’s Painting The World Red With His Wonderful Poetry !
The Young Rock Star Who Is Stealing Millions Of Hearts With His Catchy Performances ! Meet The Actor, Host And The Celebrity Star- Prit Kamani !
Comment