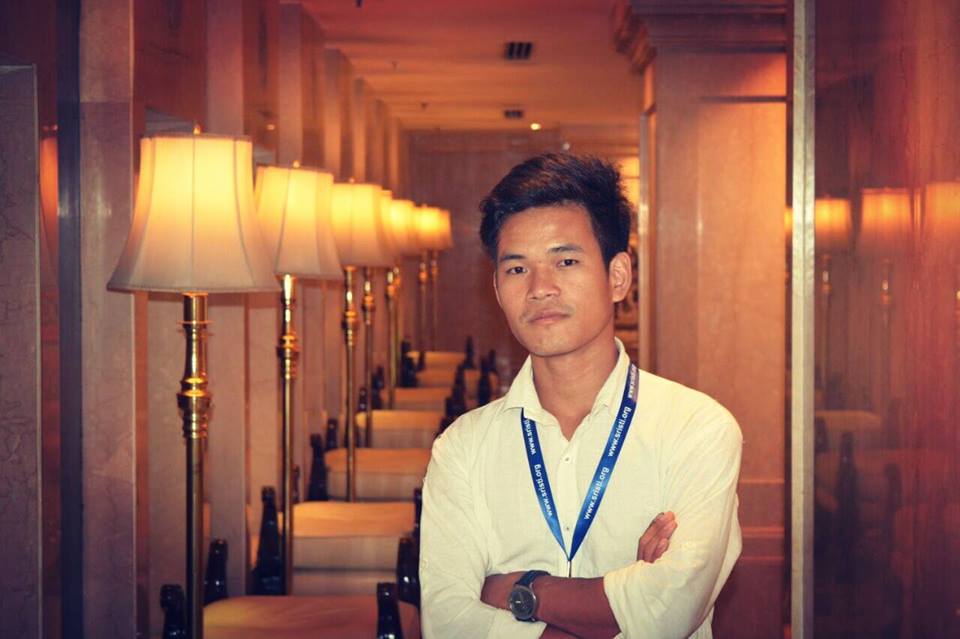 Anang Tadar, a class XI student from Arunachal Pradesh has left everyone stunned with his brilliant innovation. He has come up with G4B (Goggle for Blind), a pair of glasses that can be worn by visually impaired people to move around with ease. The device is based on echo location- a technology used by bats for navigation. It is similar to the technology used by parking sensors in cars. They can be alerted about nearby objects without any physical touch. G4B was awarded the most innovative at the regional level science festival held in Guwahati recently.

1. What motivated you to develop the G4B? How did you come to such an amazing idea?

The idea of developing G4B(Google for blind) came to my mind when I met a blind woman one day while commuting by auto. When I got talking to her, I came to know that she had come across blindness recently only. For quite some time I kept wondering how it feels to be blind. I tried placing myself in that woman’s place. That day I noticed the electrical pole, signboards, parked cars and people going around in a new light and felt that everything was an obstacle for them. I started thinking what could be done to ease their problem. That’s how I landed up on the idea of echolocation used by bats as they don’t use vision for navigating around in environment.

2. What are your future plans for G4B?

I am making few more prototypes and improving my designs. In future I would like to put GPS along with voice navigation aid and embed better sensors.

3. Are you getting the required help from the government and other agencies to take forward your innovative project?

NIF( National innovation foundation) is helping me and asked me to design some more prototypes to test it practically with the blind people. Also the government of Arunachal Pradesh has promised me the financial support.
NIF arranged a meeting with the UNICEF to talk about the project at Rashtrapathi Bhawan, New Delhi.
UNICEF told me that they would ask the ARM (processor company) to help me design and improve the microchips and microprocessor that I’m using in the project. They are ready to help me bring it in the market. I would also like to thank my school, New Galaxy Academy for the help with initial start up by providing some fund. 2nd Prototype of G4B

4.Were you always in love with technology/How old were you then?

I was passionate about technology since childhood and was always in love with electronics and machines. I spent
most of my time, day or night in making gadgets, robots and other different things. Technology always excites me. Learning about every machine that I came through has been my hobby.

5. How is your family reacting to such a technological feat?

I come from a poor family. My parents stay in the village and do farming so they don’t know much of what I’m doing. They just pray and wish the best for me, besides which they cannot help much.

6. So ultimately, now what is your aim in life.

I want to bring a change in the world by changing the Technology used. Like developing Eco-friendly devices and machines. Also, I want to bring development in my state in terms of technology. I want people to live in cleaner environment and use healthier technology.
I want to work in R&D of Indian military to bring about betterment in technology, so that India does not lag behind any country.

7. What are your other inventions and plans?

I keep getting new ideas but due to lack of money and resources, I could never complete them. My next project is an exoskeleton suit and Hover board.
I have also made lots of things earlier of which I have not kept record but you can like my page Evolution and Extinction to keep updates on what I’m doing.

Wanderlust infected, Travelholic, In love with my life and more than that with the life around me. Hopeless romantic, Nature appreciation is an obsession and Icecreams make me super happy.