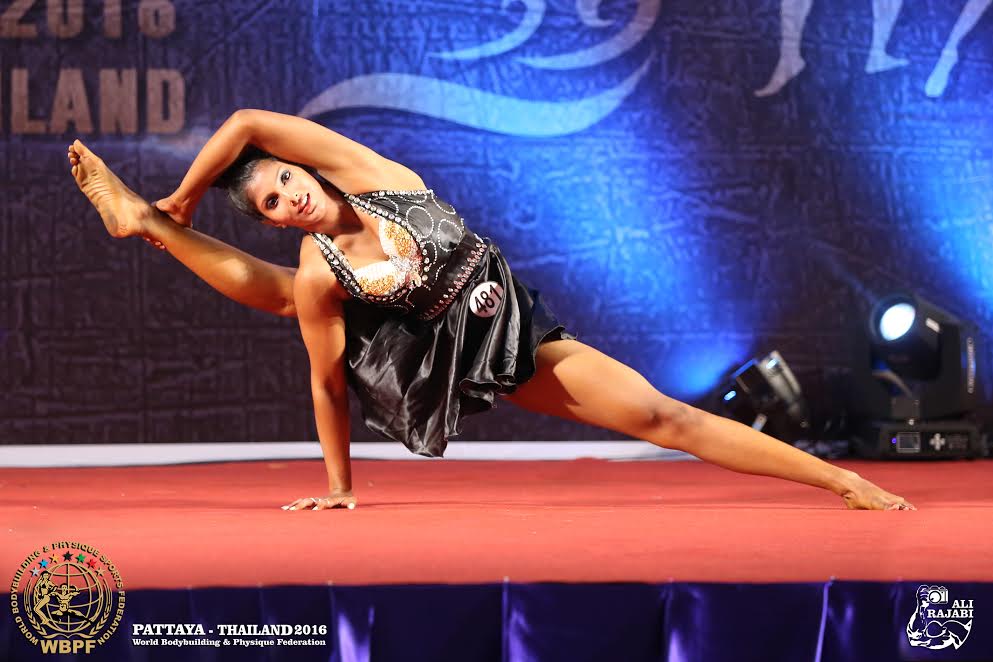 1. When did your fascination and journey for fitness begin?

It was at the age of 3, that I started playing table tennis, then switched to yoga in which I am three times national champion, after achieving success in that consecutively, my inclination towards rhythmic gymnastics grew and I ended up being a national champion in that as well, and then came women’s fitness in which I came 3rd in World Championship 2016, 2nd in Asian Championship 2016, Miss India 2013 & 2016-runner up in women’s fitness physique and so on. Therefore, sports and fitness is something that is closely connected to me from the beginning.

2. Your body is muscular compared to usual women. Were you ever criticized for this?

Well! This is something expected to happen to a female body because of which many girls don’t take up this dream or are rather discouraged on the same. But, I mostly had male friends and rarely had any female friend. So, I didn’t think much about that and I felt more comfortable with my male friends.

3. Girls are not motivated for such profession which you took. How did your parents react to it?

Yes! Body building is something which not every parent agrees upon but my father is an NIS coach and I have a family background of sports because of which my interest in sports was agreeably taken into account. Also, being in such a family always motivated me to do something new and interesting.

4. What are the difficulties you went through? How did you overcome them all?

Social problem was not an issue for my family ever, all the problem we faced was on the financial front. Financially for us, it became really very difficult to play so many competitions abroad but I’m lucky enough to have my family which is always supportive towards my goal.

5. What is the difference between usual body fitness and bodybuilding?

Both of these notions are somewhat on the same platform but has a little bit of variation within them when taken up professionally. Body fitness is similar to Body Building if we add up a little flexibility and more cohesiveness in the physical structure of the concerned person.

6. What are the positive changes in your life after you won these championships?

There are a lot of positive changes when you take up fitness. First and foremost your body remains in a good shape and you become more energetic. Also, at the same time, I became more confident than before to compete, with other athletes. This confidence helped me inside as well as outside the sports arena.

7. Do you think India can change the perception in their mind, about women, anytime soon in coming years?

Yes! I believe so and hope for the same because compared to previous times, girls in this era are becoming more outspoken and are claiming their rights which are changing a great deal in this patriarchal world. The more familiarity and acceptance of women empowerment is changing the mentality of people at a faster pace.

8. You broke many stereotypes about women being less stronger than men. What is your message for the women of the nation?

Thank You!! Yes, of course, taking up this profession and dream was a challenge in itself but I always believe if we want something wholeheartedly it will come to us. Therefore, always chase your goal or your passion, no matter what tries to stop you from achieving it.

A 20 year old And An International Badminton Player Who Represented India At Asian Games, 2012 – Akanshi Baliyan
You Will Be Mesmerized With The Story Of This First Indian Female Wrestler To Win At Olympics, Padma Shri Sakshi Malik
Comment