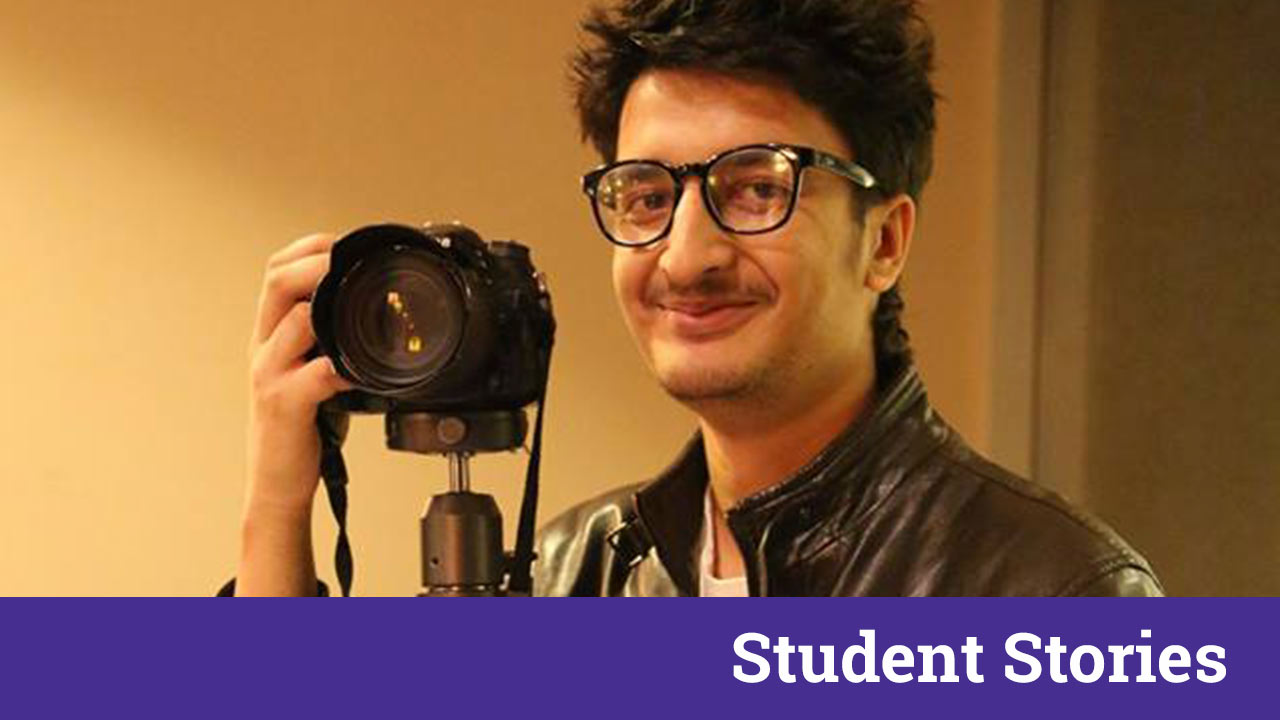 Visual content is the key to driving on line community engagement through social media platforms. I have worked with organization around the world to plan, strategize, and create quality campaigns and content that is consistent to the brand of the organization and that targets the right audience for the given community through campaign videos, web series, and ad-hoc video.

Meet SUBIGYA BASNET- VIDEO PRODUCER |STORY TELLER | DIGITAL MEDIA ENTHUSIAST  born and raised in Kathmandu, Nepal. Currently, a Graduate Student of Integrated Digital Media at NYU, Subigya has been working to create content in both virtual and augmented reality. His goal is to experiment by storytelling with new tools and technologies, and be able to create a more submersible experience for the audience. Some areas he has been focusing recently are creative coding, motion capture, and narratives in augmented reality.

He has done his Bachelor’s in Technology in Civil Engineering from Punjab Engineering College (2010-14). He was the VP of Corporate Relations for Chandigarh in AIESEC. He thinks his passion for storytelling started and was nurtured in AIESEC itself. Subigya  made his first video for AIESEC in Chandigarh in 2012, for an event called Chandigarh Freeze.

After graduating college he continued his passion, and eventually ended up working for multiple organizations from there.

This GLOBAL CITIZEN has worked in 4 countries, made over 250 short videos and 2 MINI documentaries. One documentary highlighting the election process  whereas the another one about the most democratic process of building a vision for a global organization. Right now he is exploring how storytelling can be extended beyond film/video, and be adapted for virtual and augmented reality.

Let’s know more about him in the Interview below ;

1. Subigya you being such a versatile personality, how do you cope up with so many things  at once?

Thank you so much for this but I do not think I have a versatile personality. Though I have few interests and I love to follow them with all of my energy. So, I think that would be a better description of coping up with multiple things at once.

2. You were the VP of Corporate Relations in AIESEC Chandigarh. What all were your responsibilities. What did you learn in that phase?

My responsibilities as VP in AIESEC Chandigarh were to grow my clientèle in the city, manage relationships with existing clients, lead a team of 15 students, and meanwhile be a part of the executive body which looks after the overall functioning of the organization. That one year was extremely challenging, both personally and professionally, which helped me grow as a person.

I think those experiences with corporate partners greatly helped me to understand how to work with my own clients when I started working as a freelance producer. Also, leading a group of smart and enthusiastic students was a great opportunity to learn dynamics of a functioning team. There are so many other things that I can point out and keep going on, but I think those were some major learning from that phase of my life.

3. You are into event live streaming , short movies, web series and many more. What field would you like to explore next?

Currently I am exploring how stories can be told in virtual and augmented reality. I am a graduate student at New York University in Integrated Digital Media program, where I am learning and at the same time producing such stories across different media platforms.

4. When did you start exploring your passion for storytelling. How AIESEC helped out in it?

I think my passion for storytelling started and was nurtured in AIESEC itself. I made my first video for AIESEC in Chandigarh in 2012, for an event called Chandigarh Freeze and I always had an audience who appreciated those early efforts, regardless of how good or bad the video would turn out to be.

It was always encouraging to show my work to a group of AIESECers. It was that same confidence that pushed me to pursue it as a career. After 2012, I have been continuously been engaged with AIESEC video project not just in India, but also in Netherlands, Germany, and the United States. So, it wouldn’t be an understatement to say that AIESEC is one of the main reason for why I am doing what I am doing.

5. You have worked with 4 countries with different types of sources. How was your experience? Share your views.

I think it is always exciting when you go to a different country and work. My experience has been great because I was working with people who shared my passion for creating videos and telling stories, and who believed in collaborating together with complete creative freedom. I think the best part is to be able to live with people of different culture, and that is very different from just being a tourist.

6.  Subigya, define yourself as a person before AIESEC and after AIESEC.

The biggest difference would be I learned so many people’s skills that I could not have expected from any academic Institution. So, Subigya before AIESEC: An Academic Geek, Subigya after AIESEC: A Self Aware Global Citizen.

7. Tell our viewers and readers about how AIESEC can change one’s mindset. How it is useful for one to explore the unexplored dynasty.

I think AIESEC experience will continuously challenge you in every way possible. You will never be in your comfort zone, hence you will always be growing as an individual. As I said, AIESEC is the reason why I am doing what I am doing. So, in some way, it helps you to explore who you are as a person, and gives you the platform to empower yourself to chase your dreams and passions. That is AIESEC.