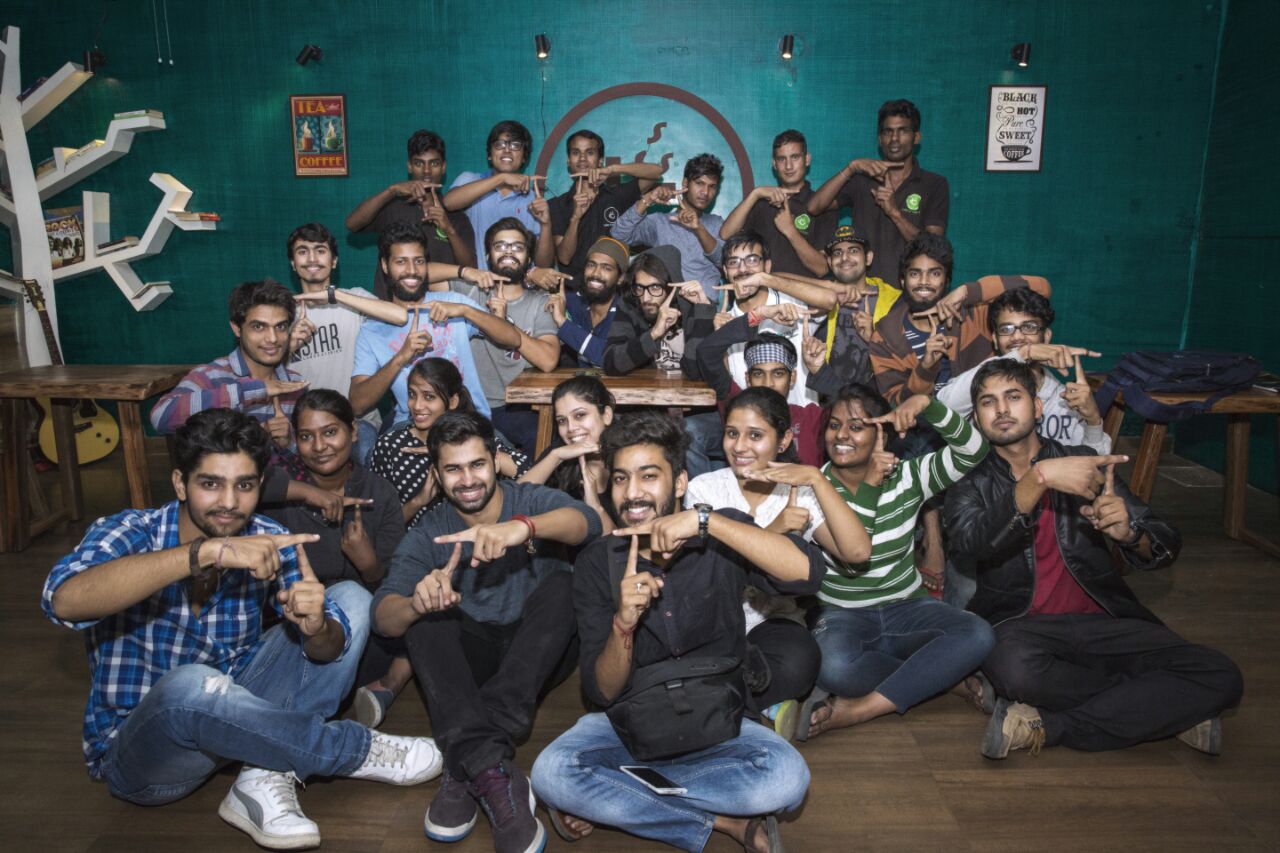 Ankit sharma, the writer of brand new YouTube series Here’s Another Story started making videos when he was just 19 years old. He has done engineering from JECRC, Jaipur and has been active on his YouTube channel psychic bullet films. Every role in his videos was performed by him from writing to production to direction, except the acting part. Now he has come together with his friends to bring out a one of its kind of series that is based on the lives of four young writers, to be released on their YouTube channel Stoned House Films

1. Is there a story about how and when you started writing?

I was in college, doing my engineering but I did not get what I was expecting. I had to study so many things that I didn’t have any interest in and the fact that it was more theory than practical, killed my interest in engineering. Then one day I watched the movie, Matrix which made me question my existence, our reality. Realizing what power movies have, I also wanted to make movies. I’m good at imagination, that’s how I survived most of my classes, and so I started writing my thoughts and everything else happened along the way.

2.When did the idea of doing videos strike you? What were your previous works?

Thought of making movies hit me even before I became a writer, I guess that is why I became a writer. James Cameroon once said something like “If you want to become a director, just go out pick a camera, ask your friends or family to act and make a movie and you become a director. Now with each movie, you’re just negotiating your budget.” I’m just trying to follow that. I borrowed camera from friends, asked them to act and made movies. This way I kept learning.   Ankit Sharma’s YouTube Channel, Psychic Bullet Films

3. What were your learning and experiences in the process? What is the most important thing that you have learnt?

I learnt a lot. I realized it wasn’t an easy process. From writing to acting to camera to editing to sound, you ruin one thing and it affects whole project. It’s a team process and you can’t do it alone.

4. Tell us about Here’s Another Story. What can viewers expect from this series?

Here’s Another Story is about different lives of four writers, Arya, Ronit, Oren and Nasser. We’re going to focus more on their lives rather than their writing. It’s a character driven show. There are also some supporting characters who have their own arcs and subplots. With each character, comes a hint of every genre. It’s funny at some times and serious at others with music and thrill interwoven at every stage. There’s no bad guy, a villain in the show. Everyone’s making mistakes. So, in the end it’s really just about lives, telling stories of people. It’s a fiction that feels real. And this is just the beginning, if everything goes well, we’ll try to expand the show to six seasons. As of now, season 1 has 6 episodes.Here’s Another Story Trailer

5. Tell us a bit about your core team. What are their individual roles?

In the core team, there’s me, Kartik who’s also directing two of the episodes, Akash and Puneet, who are lead cinematographers. Lucky is our main editor and Sarvagya is one of our lead actors who is also a writer and is writing some of our different projects.

6. How did you all come together working in a team for this project?

We were all someone who’ve been good at what we did but it wasn’t leading us anywhere. As I said film making is a team work and you can’t do it alone. After I finished writing, I started looking for people who could join me and I guess, everyone could see the potential Here’s Another Story has. Then from one to six to more, we became a group of about 30 people. We didn’t have any budget to start with but we had people. Everyone shared the passion for making films and we’re just trying to make that happen.

7. Video making doesn’t go very well with most parents. How did your parents take it?

My parents still want me to opt for a normal job, have a normal life but they never opposed me or restricted me. So I’m kinda lucky that way.

8.Who or what inspired you to make this series?

A real event became an inspiration for Here’s Another Story. I cannot narrate the incident but it was interesting enough to make me write down. Then I had some characters who I thought can be explored more and I didn’t realize when it became a series.

Wanderlust infected, Travelholic, In love with my life and more than that with the life around me. Hopeless romantic, Nature appreciation is an obsession and Icecreams make me super happy.

The beautiful fest of the HMR Institute of Technology and Management “EMBLAZON 2017”, a 2 day extravaganza
Simran Keshwani, a 20 year old, depicts the life of Syrian refugee through her novel “Becoming Assiya”
Comment