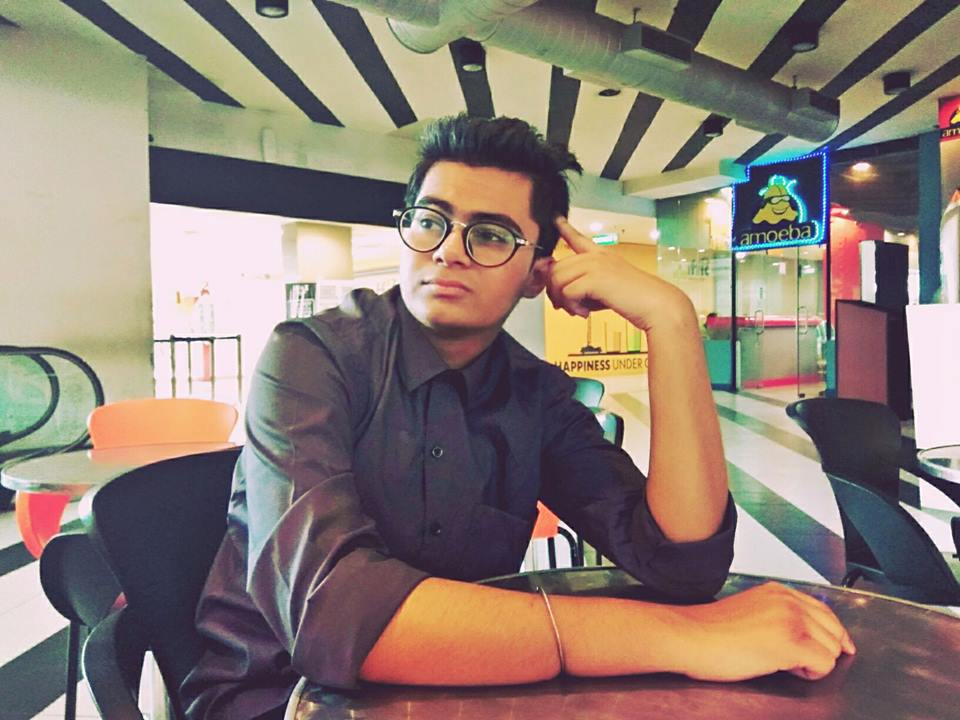 Arkopaul Das is a student of the 10th standard at St. Pauls, Kolkata. He is a writer and his works are mainly base on crime fiction and detective genre. Apart from his writing capabilities he is good at the quiz and has won many quizzes. Arkopaul started writing novels and short stories from an early age and was always obsessed with books. He is currently working on a crime fiction novel series which is based on an NYPD ( New York Police Department) detective and is more of a police procedural novel.

He acquired a lot of inspiration from authors like Agatha Christie, Lee Chi, Sidney Sheldon, Baldacci. His latest novel is The Dead Veteran which was published around the world recently.

1. Why did you choose to write in two genres only (detective and mystery)?

I never found drama or any other genre to be captivating or a real page turner. So I always used to read thrillers and detective stuff mostly and I felt like if I enjoy this these this much maybe if I can write them too and let others enjoy as well.

2. Which one of the two books you wrote was easy to write and why?

The book The Dead Veteran because I didn’t exactly know what I was writing, I was too casual with no real pressure. Now, that it turned out to be a good book, but then again good things don’t come by easy.

3. Do you follow the eight rules of detective novel (the octagon laws)?

I don’t follow any rules, I just write and let it flow. You’d find the book is not exactly detective kind, it has action, thrill, even drama or hints of espionage. It’s not all about who is the killer.

4. Who inspired you as a writer? Whose work appealed to you most?

Many of the writers from this similar genre have inspired me through their writings and as I said I used to read a lot of modern thrillers. I love Vince Flynn, Lee child, David Baldacci, Sj Watson, but you can’t beat Agatha Christie.

5. What is your aim in the field of writing?

I like being in the present so I don’t plan the future. And aim falls in the future category, I just want to keep writing and hope to gain more readers and also hope they love the books. But like every writer, I’d love to be a bestseller someday.

6. Is it hard to get a book published? What is the process to be followed?

It’s real hard to get it traditionally published. Big publishing houses like Harper or penguin gets like 500 manuscripts a week, so yours, no matter how good it is, would probably be lost in the process. It’s better to go for self-publishing, then again you’d have to pay for editing or marketing by yourself and bear the losses too. It’s easy to send the manuscript to a publisher, but it doesn’t get published or recognized easily.

7. You really don’t belong to the group of literature as it has not been part of your initial studies mainly. Do you think it is necessary to have some knowledge before writing a good book?

I think it’s always good to write, everyone has a potential and one should use it. You can’t have a background in writing because you only get better at it when you start doing it. Having said that I research loads before writing something so that even when we know it’s story, it feels really legit. My genre requires a lot of research like NYPD rules regulations, autopsies, ballistics, CSUunit rules or the espionage CIA Stuff. It’s all legit what’s in the books except the story, of course, I’m giving my class 10 boards this year through open school because my three years got wasted. I had chronic typhoid and In the meantime, I have also finished creative writing and journalism course from British Council.

Ebook of The Dead Veteran.

Sneha Kapoor: The first Indian to Represent India at many International Salsa Championships
Ankita Jaiswal shares fundas of being a Successful Travel blogger and an instagrammer
Comment