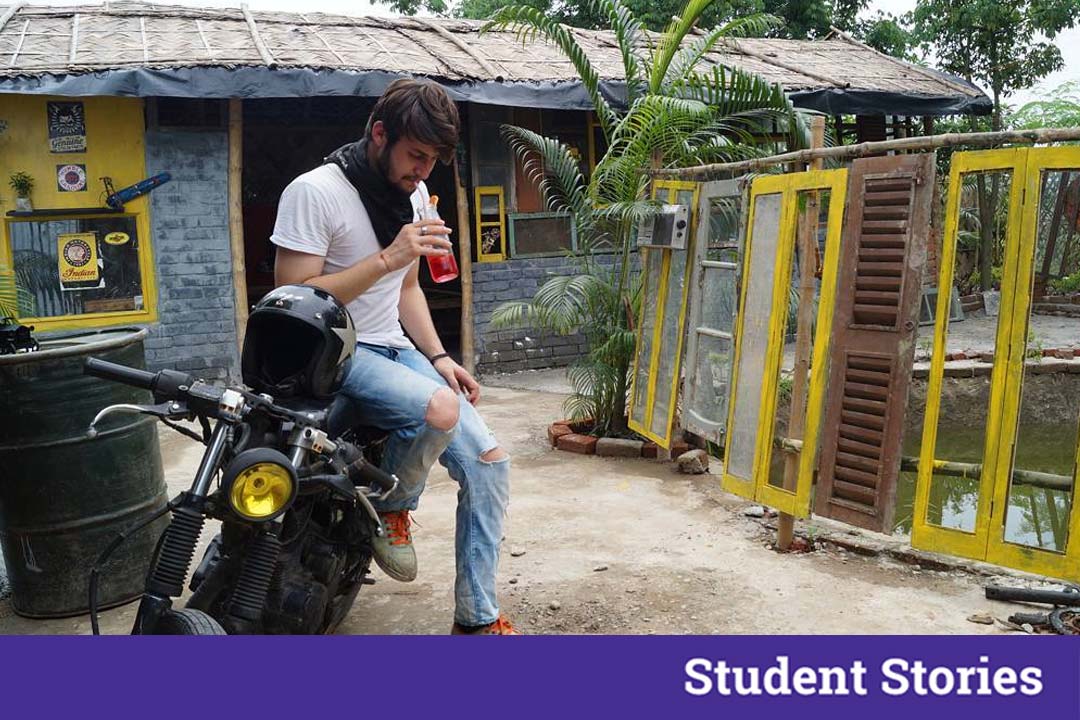 Meet Apoorv Anand, a comedian and a speaker on Youtube . His Youtube channel Fake Firangi tries to bring as many smiles as possible on the faces of people and consists of comedy, sketches and pranks . He started off by performing stand-up comedy at a few fests, then he thought of expanding it a little bit and what other stage better than YouTube. It has eventually transformed into his passion.

Once we see his videos we will indeed be willing to enquire about his talents and once we learn about his struggles one would definitely be extremely inspired by his life. He always believed that “no matter how dark it gets the sun will rise again”.

Let’s know more about this dazzling and inspiring performer.

My channel consists of comedy sketches, pranks and any random stuff whatever helps bring smiles on the faces of people watching it. I always loved to smile and bringing a smile on the faces of others always makes me feel very happy .

Why a youtuber? Was this your passion? How did you start your channel?

I started off by performing stand-up comedy at a few fests,then I thought of expanding it a little bit and what other stage better than YouTube. I can say that now it has eventually transformed into my passion. And eventually I am successfull in making everyone smile .

How many subscribers you have?

I have about 10,500+ subscribers, but it keeps fluctuating,never a fix number. And it’s social media , so there will always be ups and downs. It all depends on who likes watching what and how much it pleases them.

Tell me something about the monetisation process?

The thing with monetization is, you can only monetize your videos which doesn’t consist of any copyrighted material. And then only you’re allowed to monetize it and companies place their ads in your videos,and depending on the no. of clicks you get a certain amount of revenue.

I don’t know anything about the number of ads placed in the video,but yes,ads are placed in some of my videos. Now regarding how much I earn: Not enough to even pay for my pizza. XD
P.S- We are restricted from disclosing that information by YouTube.

How is the response about youtubers in Kolkata?

There are few YouTube channels whose content I genuinely appreciate.I am good friends with the people associated with desi broadcast and being bong. As far as the scenario of YouTube is concerned with kolkata,i just want to say that there is a lot of potential in the people here.They can really do something good and better than people like me,all they need is to get out of their comfort zones and just START.That’s all needed. A start.

And once its get a proper start , trust me there is enough talent in them to be on the top !

Describe one of your best prank in words

My best prank is probably the one which got the most number of views where I portrayed as a foreigner and tried to baffle people by speaking a hebrew language. Their reactions were priceless when I revealed that I was an Indian and was just playing with them.

What are your views on the food GST being reduced to 5 percent while its MRP being increased.Do you think this is actually playing a prank on the people?

There are multiple reasons behind the increase of the prices,but it will eventually dissolve and come back on our terms just like a prank gets revealed after the main show.

Meet Gauri Awasthi, Writer On Terribly Tiny Tales And Buzzfeed India, And Co-Founder Of A Very Unqiue Initiative ‘The Vegan Wardrobe’!
The Largest Civil Engineering Fest Of The Country Is Here! IIT Bombay Presents The 10th Edition Of Aakaar on 17th-18th March 2018.
Comment