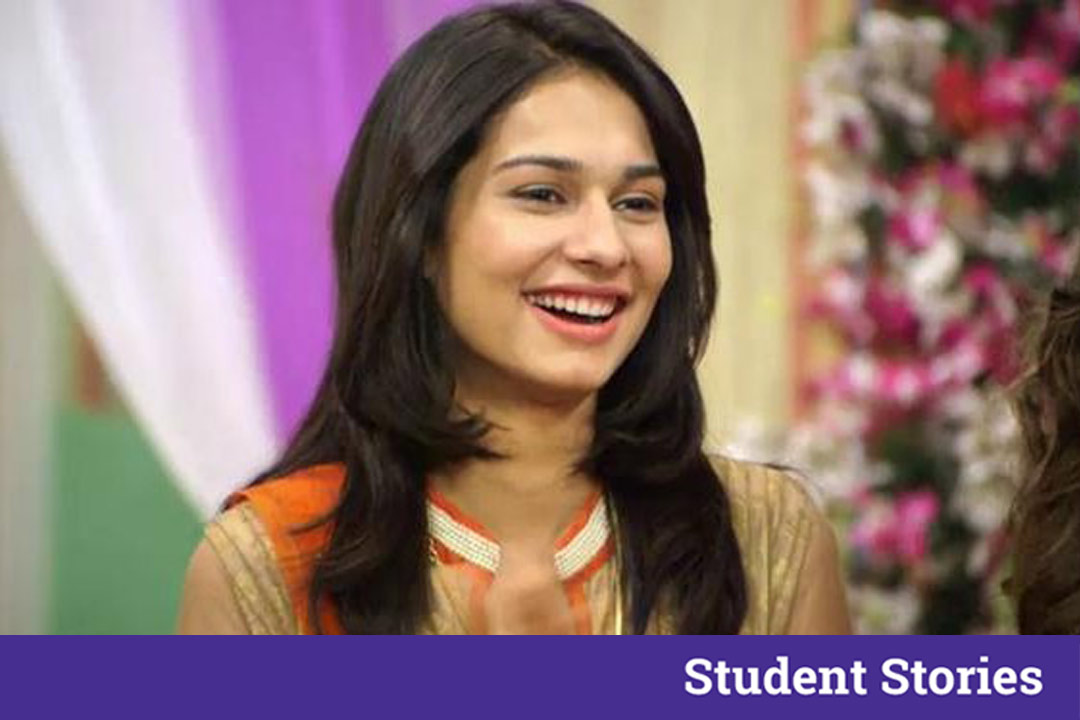 Aneri Vajani is an Indian television actress active in the industry since 2013. She is also the brand ambassador of clothing Brand Pasha India. She was born in Mumbai and belongs to a Gujarati family. Aneri Vajani began her career with soap opera-Kali. After that she appeared in Nisha aur Uske Cousins as Nisha in lead role. Recently, she portrayed Saanjh Mathur,in romantic thriller drama, Beyhadh that was broadcasted in Sony Entertainment Television.

In a conversation with her,

1.Being a Gujrati teekhi girl, Aneri,how did you decide to make your career in the field of acting?

When I was in school I was the famous one I used to go in all the inter school competitions and always like always won a prize for it. I was too much interested in singing, dancing and also got some good dramatic skills that’s how I developed interest in it. When I grew up I realized that coming into the industry is not an easy task as I have got no one in it but it was destined to be so here I am today.

2.Aneri,you have played a lot of different roles till today. How will you describe your journey?

3.Playing roles like Sanjh would have been a very interesting experience for you. Aneri, please share your experience.

Sanjh was the one who used to cry all the time and without thinking about herself she always sacrificed for everyone, which is not practically possible in today’s world. So it was a challenging thing for me to make people love Sanjh. I had to work hard for it so that people understand the character and love Sanjh . I think I had done a decent job as it was a thriller show and I have got to work with two already established  actors so it was a difficult job to make my name amongst the people and I hope I have done so.

4.Who is your biggest inspiration in your journey from being just a normal girl to where you are today?

My biggest inspiration is my family  that’s because I wanted to do something for them and yes wanted to make them feel proud about me.

5.You have played roles like of Nisha. Aneri,How much do you feel connected to her?

6.Being in the industry for so long have surely awarded you the best memories one can have. Please share any with us.

The best memories I had during the journey is that when I was awarded for Best Beti in the Star Parivar Awards. It was my first serial in Star Parivar and I got an award. Apart from it there are several moments  like when you meet people and some become like your family. I have crazy memories with everything I have achieved. I have learned so much with all the different roles and yes I have enjoyed every bit of it.

7.Success is not something which you achieve overnight. Any message you want to give to all the young fans of Aneri.

I have got one thing to say that you have to work hard and be really focused. If, you keep working for it, you will get it. If you don’t work  for it then no body can help you. “Agar kisi cheez ko tum shiddat se chaho to puri kayanaat tumhe usse milane me lag jati h” I strongly believe in this dialogue from the movie. If you give positive to universe, the universe will help you and yes never Give Up agar tumhe wo chahiye to chahiye!