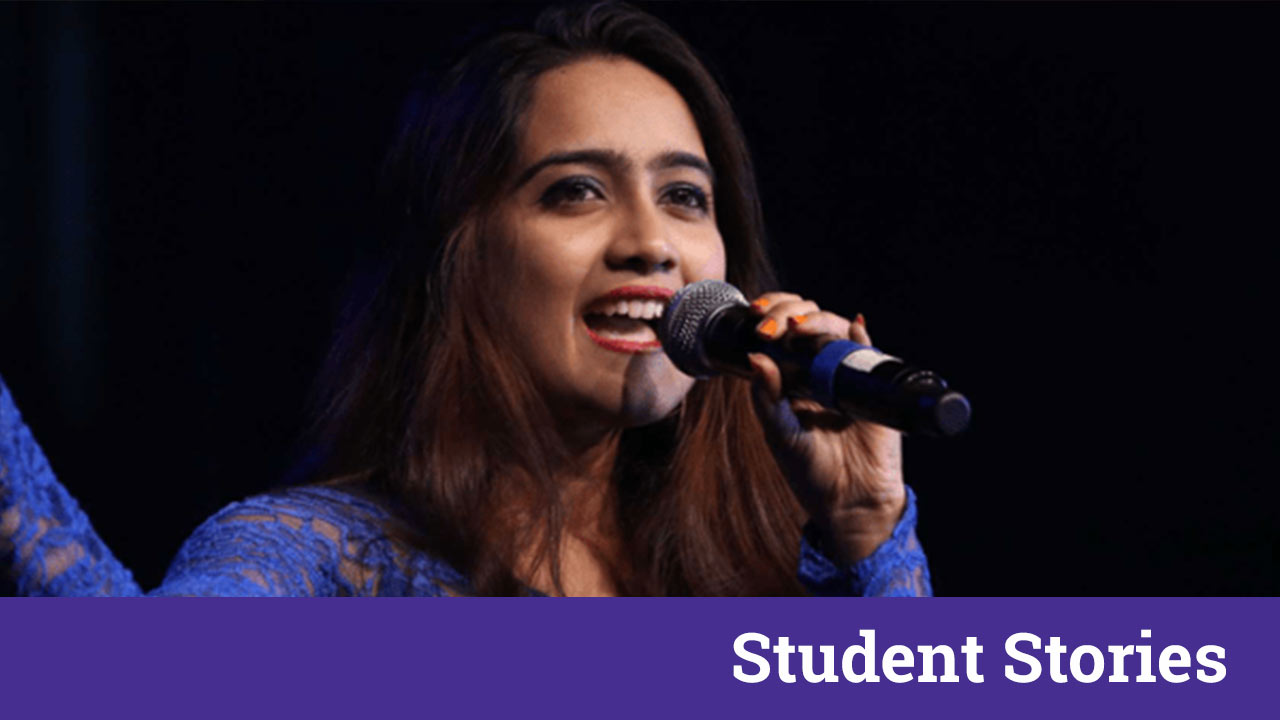 Amika Shail is an Indian Singer, Actress from Mumbai. Amika got famous and well known for Single “Meri Hasraton Mein”. She was born on 12 November 1992 in Howrah in West-Bengal. Amika started learning music from her mother. In childhood her mother was the first one who inspired her for music. She was the first Music teacher of Amika in childhood, then pursued her further training in Indian Classical. Let’s know more about her in the interview down below.

1. What made you step into the singing field?

Singing was my hobby since I was around 5 years of age and since then till date I’ve been deeply engrossed in this field.

2. Was singing on a big stage, your ambition since childhood, or you had some other plans?

No, I really had only one thing in my mind and that was singing. Bascially, I belong from Bengal and in Bengal there’s music in each and every house, it’s like a culture to the people living there. So, I’ve been learning singing since my childhood.

3. What has been the role of your colleagues in your success?

I haven’t done any job yet, because I’ve always been singing. My mom has always been my inspiration. My father used to be against my singing. He’s a doctor and wanted me to step into the same field but my heart and destiny had some other plans for me. My mom had made a habit for me to sing each day, so you see it had became my hobby and my mom is like my true inspiration since childhood and a major part of my success.

Also read Meet Suyash Bijalwan The Founder of Indian Pop/ Rock Band-“Nishchay”- The Indian Pop Rock Band Which Is Mesmerizing The Audiences With Its Grandeur Performances !

4. What makes you think you can be at the top one day?

As I told earlier, I’ve always been involved in singing. I used to take part in local competitions of singing and usually stood 1st or 2nd mostly, so mom used to be very happy about it. One fine day, my mom saw the advertisement of Sa Re Ga Ma Pa lil champs’ auditions, which were to be held in our city Kolkata. I was capable enough to be selected from the Kolkata Auditions and go ahead for the Bombay Auditions. I was so happy that time, it really felt great to me. Me and mom were very happy.

Finally, I got top 10 position in Sa Re Ga Ma Pa lil champs. Afterwards I also participated in another reality show called thee Voice of India where I stood amongst the top 5 contestants. So you see, these were some points that made me confident that I can do professional singing and I started to dream that I’ll be at the top one day.

Shreya Ghoshal has always been my role model in this field. Firstly, because of her voice obviously and secondly because she shares the same Bengali background as mine, so you see she automatically became my inspiration. I’ve been listening to her Bengali and Hindi songs since childhood. Other than her, I follow Lata Mageshkar Ji, Asha Bhosle ji who have both been the pearls to Indian Cinema and Singing Industry. In case we talk other than singing, I also follow Priyanka Chopra. I love her style, her attitude and almost everything about her. So you see, these are the two women who’ve been a true idol to me.

6. What do you think the fans like the most about you, and why?

One fine day I decided to start a Youtube channel of my own. I started uploading cover songs of myself. My first cover song got a million+ views and I totally surprised by the overwhelming response. I was quite very happy and got to know about my fans who probably follow me on my Youtube channel. So this was basically another major start for me and maybe my voice is what the fans saw in me and started liking my songs.

7. Who’s been standing beside you through your ups and downs?

There’s always my mom with me, since childhood. Although my father used to be against me in my childhood, and wanted me to join the same field as him, now he knows that his girl is on the right track so even my father is quite happy with me now.

8. Did you have any incident where you think if you’d taken it, life would’ve been completely different. If yes, what was it?

Yes, there is an incident that makes me think that life would’ve been completely different today if that would’ve happened. My mom is a teacher and my dad is a doctor. So I basically belonged to a very middle class family. When I came to Bombay to shape my future in this field, my parents told me that they won’t be able to support me financially very much. So, to deal with this situation I started working as a music teacher at a school. When I saw other teachers, I thought that If i wasn’t a singer I would’ve been a teacher like my mom and life would be totally different from what it is today.

Thank you so much for these lovely questions. 🙂

From Working As An Anchor To Becoming A Successful Model ! Meet Charu Sharma An Aspiring Actress Who Will Teach About Value of Hard Work !
From Scoring 95% in 10th boards To Acting In English Vinglish ! Navika Kotia Has Come A Long Way In Life !
Comment