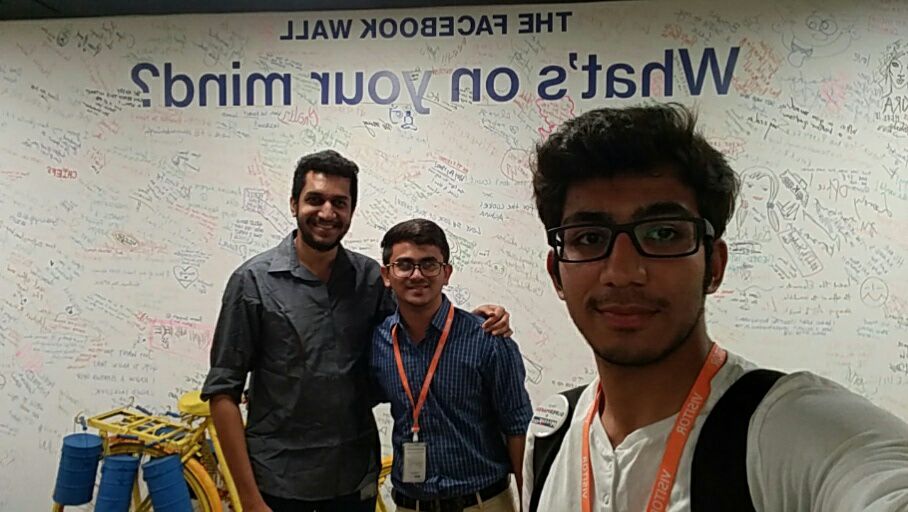 Rishabh is the Founder of Ieacon, a technology which would help bridge the gap between consumers and merchants, a whole new IoT device which we believe will play a major role in retail and security sectors in the future. Rishabh started his first tech company when he was 16 with a project of securing gaming servers from DDoS attacks.

Apart from this, Rishabh is also interested in playing tennis and football.

In talks with Rishabh:

Why the name Ieacon? What is it about?

Ieacon stands for Intelligent Enhanced Advanced Connectivity. Ieacon is a technology, which would be helping bridge the gap between consumers and merchants. Our tech involves proximity based problem solutions which means it addresses a particular space problem at that space itself. For e.g Walk-free ticketing in Mumbai Locals is possible in which you just board your trains and we will bill you according to your journey. In places like restaurants, it’s just tap and pay for order or even for payments. What we believe is that we are not selling a product or a software, we are selling an experience for our users.

How did you get the idea of having something like Ieacon in the market?

I have been working on lot of technologies since past few years. One of my school friend introduced me to a video of how beacons work. After that I started working on real world applications of it and now we have something which is actually a whole new IoT device which we believe will play a major role in retail and security sectors in the future.

What did you pursue for you graduation?

I am still pursuing Computer Engineering for Graduation from a college in Anand, Gujarat. I couldn’t find any major support from my college in what I was doing and sometimes people don’t listen to you. So I took a year gap to build something myself and well now we can say we are on the right way. I am still confused with decisions on pursuing my engineering.

What are your other areas of Interest?

I like playing a bit of table-tennis and football. I love watching movies, like all kinds. I like listening to music especially while I am alone or while travelling. I love travelling as well especially some crazy adventurous trips with some crazy set of people. I think travelling really gives you a whole new prospect of life.

What are all things you have worked on with in the technical field? What were your projects?

I started my first tech company when I was 16 with a project of securing gaming servers from DDoS attacks. It’s a sophisticated attack which turns down huge networks within seconds. Before that I did some programming projects during launch of Windows 8 with some small Windows Apps. I have done some projects with networking and how to connect people better. I have also worked on some Machine Learning research.

Tell us about your team at Ieacon.

Well technically for now it’s just a two person team. Me and my Co-founder Divye. But what I can say about this team is that we have great fuel inside us to make something better. We are really passionate about what we do. We are inspired by technology and we are still one of those who pitch we will CHANGE THE WORLD :p. All I can say is I have one hell of a co-founder and I couldn’t ask for more.

Also read “Be The Change You Wish To See! Proved By Shrey Surya Mishra | An Entrepreneur, An Artist and An Orator”

What are your plans? How do you want to scale Ieacon?

We recently got selected in a NIDHI-PRAYAS Scheme which got us initial prototyping support. We working on our prototype at iCreate Campus in Dev Dholera Ahmedabad. We have great peer group and state of art infrastructure here which has already sped up our process. We have build our alpha prototype and we are testing it. Also, we got a 40K pre-seed grant before from JumpStart while we were at GUSEC. We got some major initial support from that incubation centre and it has been a really special place to us, no matter what. We plan to go for Angel Investment once our products roll out in the market and then we plan to scale faster and better.

Rohit Jogadia, The Co-Founder Of HelloTuckers, Teaches Us How Self Discipline And Determination Can Set Us Apart From Others!

By Converting The Biggest Strategy of His Life To His Biggest Motivation, He Became The Youngest Entrepreneur From North East!
His Accomplishments Won’t Fit In Your Title Bar! An 18 Year Old, FOUNDER & TEDx Speaker | Angad Daryani
Comment