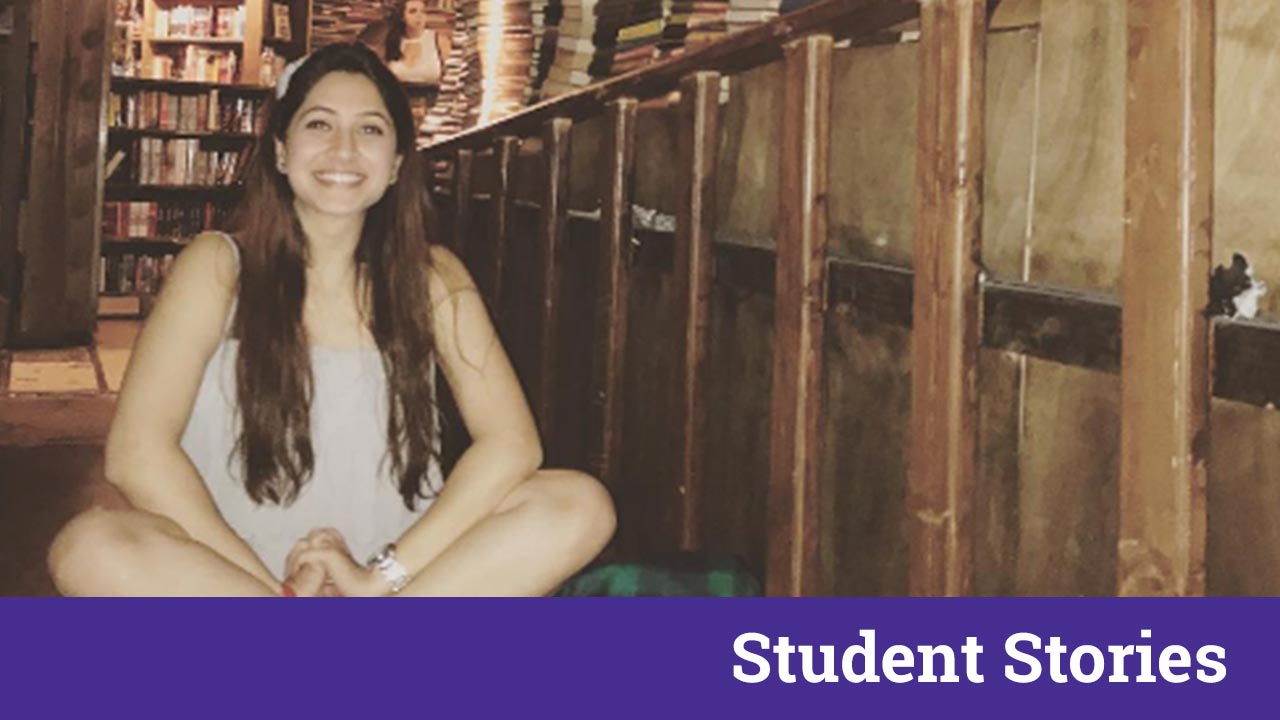 “If you ever write, I hope you write for yourself first. If you’re true to your own self, ideas will always flow”

Pratishtha Khattar is among the long list of writers whom the hopeful readers acknowledge as harbinger of love and exemplary survival of loss while the cynics term writers like her as hypocritical-melodramatic-cliched-self-acclaimed-poets. She has a willful indulgence in the #writersofinstagram space in spite of fully understanding the qualms about whether or not it is about ‘writing’ indeed.

She believes that literary artists seem to unearth reality in profound ways, that has the power to invoke wonder & curiosity and also question the legitimacy of prevalent ideas & norms that we function with. To her, writing has been a journey in itself, one where she discovered answers that led her to new questions, all of which continue to lead her to her becoming. Writing makes her swing between fact and fiction, past and  present, certainty and confusion. But is this enough reason in entitlement to call herself, a writer? Definitely, maybe. Let;s explore what she has to say in the interview down below.

What is poetry to you and how much important it is in our society?

Poetry is a form of expression. It’s the voice to the ideas that otherwise remain unrealized or isolated. It helps me understand myself better. As per the society, poetry encourages the creative art form, which is important to break the monotony of the increasingly commercialized world. Poetry is an escape for some and a savior for others.

Can you describe the time when you first realized that poetry was something you absolutely had to do?

It’s hard to put a finger on the exact time but must be sometime around 11th grade (2011) when I found this beautiful website called Brain Pickings. It inspired me to explore poetry and literary art forms. And I decided to do something unique. I sat with a pen and paper and life gave me a fair chance

How does a poem begin for you; with an idea, a form or an image?

Isn’t an image or form an idea in itself? For me it’s always been an idea. An idea which is different from others. An idea which can make us feel emotional. An idea which helps us remember a particular moment and connect with it in an instant.

We know about a number of best poets like Rabindranath Tagore, Robert Frost, Rudyard Kipling etc. Among them who is your favorite and who all are your other personal favorites ?

E.E Cummings, Charles Bukowski and Anais Nin are my personal favorites. I have read very few Indian poets and am not at liberty to pick a favorite there yet! But works of Cummings has inspired me a lot . That reminds me of a quote “It takes courage to grow up and become who you really are.” I took every step of mine with courage knowing I had to face the consequences and here I am, where I am

What do you try to communicate through your poetry ?

My idea of poetry is a combination of hopes for my future and lessons from the past. It’s about revealing in the little joys of life and always accepting the sadder truths with grace. Life is full of victories and defeats .Only if we accept defeat, we will have the courage to turn it into a victory the next time we embrace it.

Is there any difference between the old age poets and the modern day young poets? What and which one do your prefer personally?

There is a definite difference in terms of delivery of ideas. But in terms of essence, they’re both the same- they talk about emotions. I would want both! Without the old age poets, there would be be no modern poets and the ideas  put forward by modern day poets are inspired by the ideas of old age poets.

What was your first poem about and how did you come up with it? There are many forms of poetry, among them which one is your favorite and which form do you mainly work on?

My first poem was titled- Too Long, which I wrote in 12th grade. It was inspired by a movie called Before Sunrise, which till date is my favorite movie.  My interest in poetry was a chance encountered and hence I personally like free form of poetry and prose style. I like the quirk that a Haiku carries as well!

Where do you see yourself in the next five years?

I want to see myself hopefully as a published writer. As I said before “It takes courage to grow up and become who you really are.” its not easy to become what you say you want to become. Embracing the defeats and turning them into victories along with facing challenges which are all hurdles along the road, I hope to successfully cross and achieve my dreams.