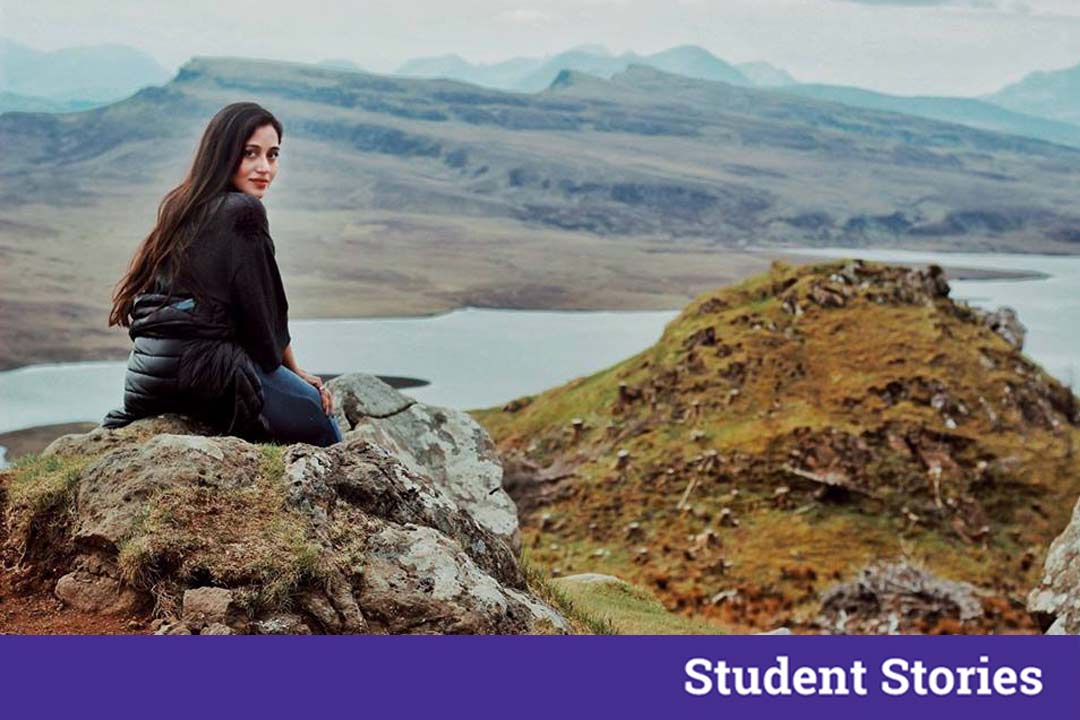 “She carried an umbrella,

He forgot his on purpose,

Both of them hoped for rain.”

Heard of the quote “Beauty and brain goes hand-in-hand”? Meet the perfect example, Shrutee Choudhary, a 24 year old writer and model from Mumbai whose writings portray the reality of our daily practical lives. Originally from Ranchi, Jharkhand Shrutee moved to Mumbai after completing her high school to pursue a degree in Mass Media. She graduated in Advertising in 2015, then attended New York Film Academy in New York to study Acting last year. She had always wanted to become an actor since she was a little kid. Not just acting and writing, Shrutee is also a 3 years trained Hindustani Classical singer. Other than these she loves photography and traveling. But the one constant amidst her varied interests has been her inclination to writing. Currently, she is a select writer for Terribly Tiny Tales, a freelance content writer and model. She has also been featured in a number of Buzzfeed videos and has done a few short films. She is presently working on her first book which will be a compilation of some of her poems.

Let us get into a conversation with Shrutee Choudhary:

1.  What according to you is the most important quality a person should have to become a poet or a writer?

A lot of writers believe that writing isn’t a task they perform, that it actually comes to them. I think that’s true but only to a certain extent. I believe that if you have the passion as well as stories to share, you can be a writer and develop the flair over time.

I’m still not the best at what I do, but I’m better than what I used to be. It’s a process, you’re always learning.

2.  Can you describe the time when you first realised that this was something you absolutely had to do?

It’s a funny story now that I think about it. I have always written – be it short stories or attempts to write a children’s novel over summer vacation, even basic poetry, ever since I was in third grade, I think. It came from my irrevocable love for reading, but I never really identified as a writer until a few years ago, when I started a blog on blogspot. Before that, I was a closet writer, I used to maintain journals and write about other things in diaries. But it was only this year, that writing came in the forefront and I started sharing more of it online.

That’s how Terribly Tiny Tales found me, and that’s when I realised how naturally it comes to me and how it’s like an emotional release for me.

3.  What are your writings mainly based on? And how do you get the ideas to start off with the writings?

Like I said, my writings are mainly about the emotional release. I’m a hopeless romantic and quite a surrealist for that matter, not to mention, an over thinker. So naturally, most of my pieces have been about love, not necessarily inspired by true events but by the could-have-beens from the past and the hope from the future. Also, lately I’ve been battling an anxiety disorder and depression, so I’ve been seeking therapy from words, and at the same time, been trying to make my audience more aware about mental health.

There are so many writers that I could name. Everyone from J.K. Rowling to Cecelia Ahern, Jane Austen to Anais Nin, Murakami to Kafka, Bukowski to Woolf and Neruda. Lang Leav in the more contemporary poets, I could go on and on. But sometimes I find more inspiration through an amateur’s work than any of these writers. To sum it up, it’s the honesty that brims from the pieces, the passion, the ability to move people all over the world – that inspires me the most.

Writing for me is a gift. I can touch anyone’s life through my words. I can bring about a change, if the need be. It’s a power that should be used wisely. All I want is for people to relate and smile and heal, really.

Of course, writing has evolved drastically. From the Shakespearean era to now, the language has loosened up, become more simple. So, yes, there is a difference in the writing styles of the old age poets and the modern ones. The poets from the olden days had a said pattern that they would follow.

The iambic pentameter, the rhymes, the style of the poem, the vocabulary, the imagery. The right use of these criteria was what helped the readers tell the more refined poets apart from the amateur ones.

Now a days, writing a poem does not necessitate the need for rhyme as long as the rhythm is present, as long as it flows. Most of the modern day internet poets write couplets or free verse. Some blatantly follow the style of Charles Bukowski, and it’s beautiful. Personally, I find all poetry admirable. See, that’s the things about poems, there is no right or wrong as long as they convey your feelings, as long as they flow.

Haha. My first piece ever was written by me when I was in the third grade. It was a short story that I had written about a dog and how his day takes an adventurous turn because of a piece of bone. Needless to say, it was called The Dog with a Bone. My eternal love for dogs is what inspired me to make one the protagonist.

ALSO READ: “Her Writing Is Rooted In The Harmony Of Oneness And Seeking Of Universal Truth”- Meet The Very Famous Author of “Magic I” , Sepideh Roozdar

8. Do you think social media plays an important role in a career of a writer or a poet to get established? Reasons.

Definitely. In today’s world of convenience and rush, people barely even find the time to read and if at all they do, they pick from the most popular books and they read it on their Kindles. Reading has a limited audience and poetry, a niche one. I can’t just decide that I want to publish a poetry book and go ahead with it. It would fail miserably and not sell, maybe at all. The publishing houses these days prefer aspiring authors who’ve a good base of followers on social media so they know that the book would sell on the basis of the writers’ popularity, if nothing else.

It’s so difficult to only pick one but if it absolutely had to be a living one, it’d most definitely had to be J.K. Rowling. Otherwise, Ernest Hemingway, all the way!

10. Tell us in details about your acting career!

Well, it’s still a dream. I have a long way to go. So far, I’ve done theatre in school and college. After that, I went to study acting at the New York Film Academy in New York, which helped me realise that my passion isn’t just that, that I truly have the talent to perform. Since then, I have done quite a few ad campaigns, a couple of Buzzfeed videos, one of which was with the veteran actress, Vidya Balan, and a few short films. I’ve plans of creating my own content in the future, and bring my love for writing and acting together.

11. Is writing more of a passion or profession for you?

It has always been more of a passion. Although, I have always had plans of publishing a novel someday. The only difference is that now, the someday could be any day as I’m creating content all the time, and it is a profession by default now.

I’d just like to say that everyone underestimates this time of one’s life, the beginning of your 20s will be the most overwhelming and self-deprecating time because you still have to find out who you really are, at the same time juggle a job and take care of newfound responsibilities. Don’t let it get the better of you. Take some time off. Breathe. Find out what you’re truly passionate about, and find a way to pursue that. It’ll be challenging, yes, but I promise, it’ll also be worthwhile in the end.

“Her Writing Is Rooted In The Harmony Of Oneness And Seeking Of Universal Truth”- Meet The Very Famous Author of “Magic I” , Sepi !
Looking For Fashion Goals? Meet Naren Rathi , Director Of JGD Production House, The Model With Perfection In Him!
Comment