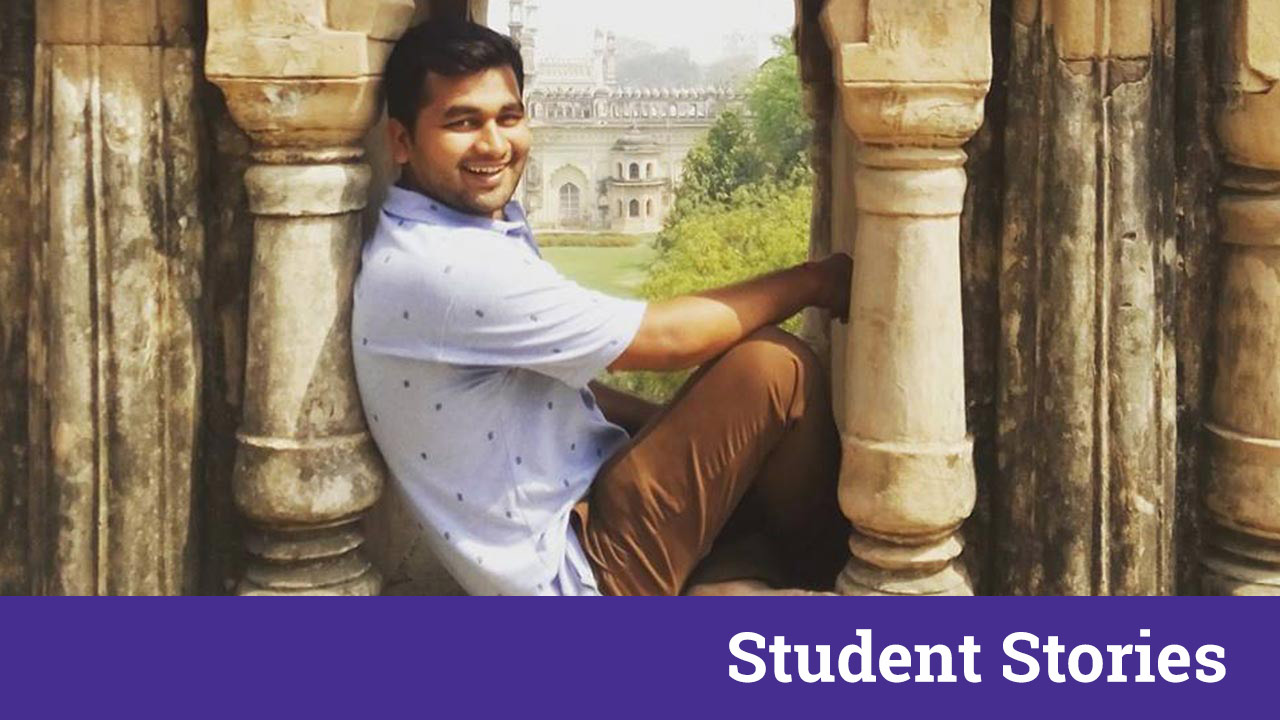 24 years old Nilesh Mondal has lived most of his life in the small town of Asansol. A graduate in engineering by choice, he stumbled onto poetry by chance. Presently working as an engineer with Vedanta Aluminum Limited he has completed his graduation in power engineering from National Power Training Institute, Durgapur. His works have been published in various magazines and E-journals like Bombay Literary Review, Café Dissensus, Muse India, Inklette, Kitaab, Coldnoon Travel Poetics, etc. He has been a part of many anthologies, published by Bee Books, Nivasini, Shabd Press, and many more. He was one of the winners of Juggernaut’s Short Story Contest in 2016. He currently works as a writer for Terribly Tiny Tales and Thought Catalog, as prose editor for Moledro Magazine, and is an intern at Inklette Magazine. His first book of poetry, Degrees of Separation, was released in June, 2017 and debuted at #2 on Amazon Bestseller list of Poetry.

‘Degrees of Separation’ contains 43 poems which stitch together the various degrees of knowing and forgetting, loving and letting go.

Lets get into a poetic conversation with Nilesh:

I think the most important (and probably the only) quality a writer or poet must have, is to be achingly honest and unafraid of being judged for his/her emotional vulnerability. Anything else, you can learn, you can perfect with practice and time. But if you’re not honest with yourself and your words, you’re fighting a lost war from the very start.

2. Can you describe the time when you first realized that this was something you absolutely wanted to do?

My first year of college was a very troubled time for me. I was unsure about my career, recently heartbroken and above all, unable to communicate freely with my parents and friends. Then one day I took a trip to Kolkata, and sitting beside the flowing Ganges, I was taken over by the overwhelming urge to write. I still believe rivers bring to us what we need the most, and for me, it was poetry.

Charles Bukowski and Allen Ginsberg have been big influences on the kind of poetry I write due to the unflinching honesty and straightforwardness their words possess. Among more contemporary poets, those like Akhil Katyal, Vikramaditya Sahai, Guru T. Ladakhi, Eunice D’Souza and more, have taught me how to speak about the most mundane of things in a magical way.

What I have always wanted to communicate through my writings, is that no matter how different we may be in terms of geography or origin, we still experience love and pain and heartbreak in the same way. That we have stories we wouldn’t know to be special until someone narrated them to the world. That’s what I try to do, keep those stories alive.

Poetry has changed through the years, molding itself according to the era it has been written in. But the core values of poetry have remained constant. Poetry will always be about our struggles, our pathos, our raised voices, our faith in resistance and dissent against what is wrong. It doesn’t matter which age we belong to, poetry will bring us together eventually.

7. What was your first poem about and how did you come up with it?

My first poem was titled ‘Letters to Joanne’ and marked the beginning of a long running series that eventually became the focal point of my first book as well. It was about my meeting with a woman who also embodied the city of Kolkata, constantly changing with the ebb and flow of its rivers, but always coming back to where it started, irrespective of death and decay, loving and letting go.

One of my biggest regrets since the time I started writing was the fact that I couldn’t share it with my family. Although they have always tried being supportive, sometimes they simply don’t understand what I write, or why. But when my first book came out and they saw I had dedicated it to my recently deceased grandfather; the idea that through my books, his name will live on, hit them. In that moment I knew, why I should keep on writing.

9. Where do you see yourself in the next five year?

Honestly, that’s a question I’ve stopped asking myself altogether. Right now, I have one book out, and two more to be launched by next year. Right now, I’m working with some amazing people, and meeting new and wonderful people constantly. In five years, maybe I’d have written and published my debut novel as well, worked at even better places, reached out to a lot more readers. But it’s a huge leap maybe, and one I don’t have the answers to, not right now.

10. Do you think social media plays an important role in the career of a writer or a poet to get established? Reasons!

I think in today’s time, it does. Nowadays, it has become a shortcut for publishing house to directly approach a poet/writer who has a considerable number of followers on social media for a book deal, instead of painstakingly reading through the millions of manuscripts they receive regularly. So yes, having social media popularity can effectively establish a poet’s career.

When it comes to poetry, don’t hold back. Don’t be afraid. Don’t give up. Don’t leave it for another day. Don’t think, what difference would this make. Don’t think, is it necessary. Don’t go into it with half your heart. Don’t compromise. It’s either all of your heart or none of your words.

She Is Rising To The Peak Of Fashion And Modelling World ! The 20 Year Old Goddess Who Has A Fashion Label To Her Name Already-Meet Prerna Mehra
Tollywood’s Youngest Sensation Is All Set To Conquer Bollywood : Khushi Mukherjee- The Stubborn And Fearless Splitsvillian X
Comment