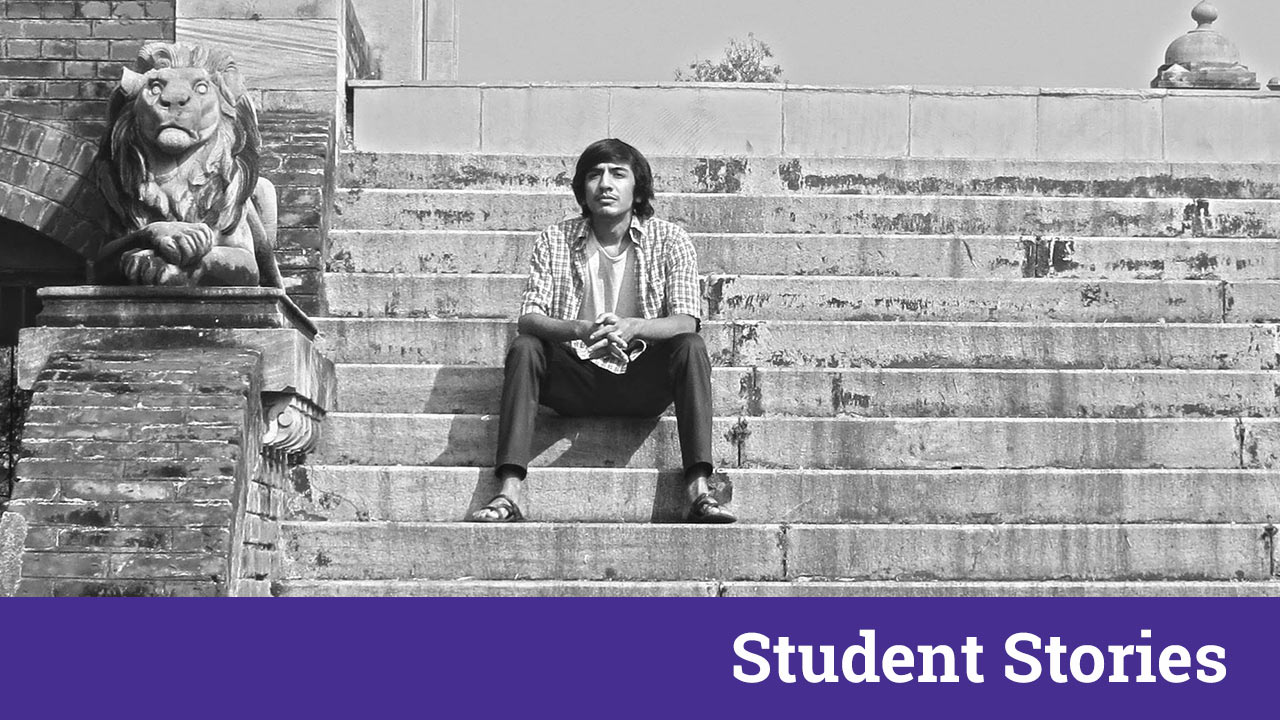 “It’s always easy to do what you love and lean towards your dreams. The difficult part is actually changing your expectations from yourself to match with that of everyone who is not you.” says the young passionate entrepreneur King Sidharth.

At the age of 11, King Sidharth along with his few friends began organizing events and competitions for other children. This was the beginning of working on his passion towards entrepreneurship. 7 years later as he graduated from school he worked on his career and had already made a name for himself as one of India’s top young entrepreneurs. At a very young age he started off with an online magazine ‘Friendz’ as he felt like it was necessary to talk about issues regarding students giving up their passion because of family or any kind of pressure. After working for 3-4 years with his team the startup had 10,000 readers and it was a big success.
5 years ago Sidharth joined the Instamojo team as a part of the founding team and presently he is the head of product design at Instamojo, a website that helps small and medium-sized businesses with their day-to-day needs like payments, logistics, credits, tax-compliance, etc. At the moment, they serve around 3 Lakh businesses.
Apart from all these Sidharth is also a guitarist and plays Indian classical music. He is also a speaker on entrepreneurship design, career, and life to college students and been a guest speaker at tech-fests of colleges like VJTI, BITS Goa, NMIMS, VIT, KNC, NITs, and TEDx. Let’s cover his journey so far in the interview down below.

In conversation with King Sidharth

1.What made you so passionate about ‘entrepreneurship’?

In my opinion, entrepreneurship is not a static defined thing in real life. It’s a proactive way of living & thinking — a tendency to find a new and more effective ways to solve a problem. It’s mostly associated with being part of a startup, and business leadership in popular media. But people across the board might share the same entrepreneurial qualities (social entrepreneurs, art entrepreneurs, musicians, industrialists, etc). It’s not something you get passionate about in a day. Life gives you choices about what kind of person you want to become. Some choices lead you to become a person with entrepreneurial tendencies. Tendencies like curiosity, finding solutions, refusal to accept status quo at its face value, understanding of people & psychology, understanding of capital and value, etc.
It’s hard to point at one thing that got me interested in entrepreneurship. It has been a result of series of choices that life gave (privilege & opportunities), and the decisions I made (consciously or by default). I was working on developing these tendencies way before I learned the word entrepreneur and what it meant.

2. Heard that you dropped out of college for a startup of your own, why did you take such a strong decision? What if things wouldn’t have turned out to be like you expected?

I took a gap year after finishing my school. I was going to drop education right after that. I was already working with real tech startups and often sitting on the hiring side. After a few interviews/ or a college experience, it will become clear to you that your employ-ability and skills have little (if at all) to do with your education. I was convinced that a degree wouldn’t make a difference in the career I wanted to take. (That wouldn’t work for a whole range of formal careers—like doctors, scientists, etc.)
But my father insisted that I give college a try. After days of heated debates, we had a deal that I will try it for a year and I can drop-out if I don’t like it.
While the college and chilling with friends was fun. I was sick of how much time the 75% attendance rule wasted. Most of what was taught was meaningless and out-dated. While I have the utmost respect for teaching and teachers, but the sad reality is that most teachers (and lecturers in this case) landed in their job without intending to. Some don’t even like the subject. (Some teachers were gems though, the best I’ve ever known. The contrast was stark!) I was trying to keep up with attendance and run a business on the side. Plus some teachers pretended to be so serious while they had zero interest in their subject. And not to mention the endless misogyny and unfairness in all directions. This all lead to me dropping out as soon as the first year was done.
It’d have been a great risk if I stayed and didn’t work on my business.

3. One question out of curiosity, why do you have ‘King’ with your name instead of a surname?

It started in school when Facebook was going to be a thing. We were doing a play those days, and this name was part of our stupid method acting practice of addressing each other as royalty. While creating my Facebook profile, the last name was mandatory. I had one. So, I used ‘King Sidharth’. I thought I’d find a solution later. I think a year later or so I started working as a freelance designer, mostly with US clients who assumed ‘King’ was my first name and ‘Sidharth’ was some sort of Indian family name. So it caught on. It catches attention, good for marketing. And I always find the username! You can think of it as an online version of a pen-name. No one addresses me as ‘King’ in real life (that’d be funny as hell though).

4. You had started an online magazine ‘Friendz’ at a very young age, tell us about it!

As a teenager, I hated the amount of mixed expectations and confusion that system and society imposed. You’re already dealing with the life-altering mind and body changes at that time. And you’re expected to make career and life choices. That’s the best time for sure, right?
With 10th & 12th boards, people abandoned their passions and talents to score well. And some never picked it up again. I felt there was a need to talk about these issues and what related to teenagers. So I started an online magazine targeted for people like me who were probably facing similar issues. I worked on it for about 3-4 years, we had volunteers from all over the world contributing in different ways. At the end of the run (somewhere back in 2013) we had about 10,000 readers. (Estimate)

Also read This 22-Year Old Is Changing The Fate Of Migrants In India ! Meet Rhea Gupta And Know More About Her Powerful Idea

5. Are you satisfied with what you are doing presently? Is this all you had  ever wanted/ imagined?

I work with a team where we build products that touch lives of millions of people every day. Many new possibilities and businesses have emerged over last 5 years because of what we do every day. And this is just the beginning so I am not just satisfied, but excited about what I do presently. So much of this reality is beyond my wildest imagination. (Imagination of my past self to be accurate)

6. What are the keys to success according to King Sidharth?

You define what success means in your life. So you define and hold the keys too.

7. Do you feel every child should have the courage to follow his/her dreams even if the decision is a tough one? Or one should follow the easier path?

I don’t think children lack the courage to follow their dreams. And I don’t think easy and their dreams are two different paths. It’s always easy to do what you love and lean towards your dreams. The difficult part is actually changing your expectations from yourself to match that of everyone who is not you. Like Picasso said, “Every child is an artist. The problem is how to remain an artist once we grow up.” A Bigger factor, probably the most underrated factor, is the privilege. I was privileged enough to have a family that could afford food every day, and could afford to educate me enough so I can answer these questions in English. Imagine if I was a child labourer! Every child should have the opportunity to live, live with dignity, and follow their dreams. And society should afford it. That’s what I wish we could fix.

8. You are a motivation to every youth, and as we know you are also an inspirational speaker, so what advice or message would you like to give?

Learn to think for yourself, take your own decisions, wash your own clothes, make (and even grow) your own food, do your own taxes. It’s very important to be self-sufficient. Read books that make you stop and think and ask uncomfortable questions. Travel alone or with close friends. Write what you think, for yourself. Meditate. Invest in yourself, take good care of yourself. Learn about privilege. Be aware of yours. Help those who are less fortunate and privileged. Learn about selection bias.