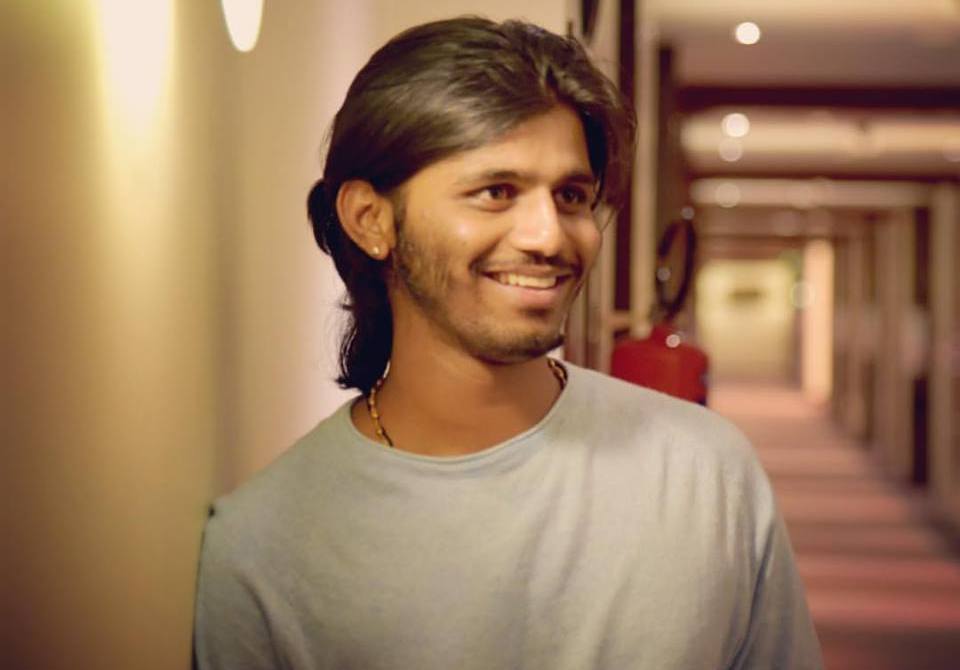 Meet Kaushal Vishukumar, from Mysore, Karnataka, India. The young and dynamic designer who stepped early into the world of fashion. “Ever since I was a little boy, I used to watch a lot of movies and was always fascinated with the actors’ clothes. That’s when I realized that fashion was my true calling”, he says. He is lot more than a fashion designer- an entrepreneur, a stylist, show director and a state level tennis player and a gymnast as well. Ask him about what fashion is, “For me, fashion is all about expressing yourself with what you wear. Ultimately, it’s about being comfortable and looking best”.

Let’s have Kaushal in conversation with us.

Highlight on your educational background.

Well, till 7thstandard did my schooling in Ideal Jawa Rotary School after which I did 8th-10thin Marimallappa High School. Then I continued further with 1stPUC & 2nd PUC in Marimallappa pre-university college. I pursued my Bachelors in Engineering in Information Science & Technology at The National Institute of Engineering, Mysore. And at the same time attended Evening colleges at Queens School of Designing out of my passion. Currently, doing my Masters in Design and Media Management at Miami International University of Art & Design in (United States of America) also doing various certification courses as I’m passionate of many things.

What sparked your interest in fashion? When did you know you wanted to be a fashion designer?

Fashion has always been my interest every since I started knowing things related to fashion. To be honest I just did not want to be fashion designer as I love fashion and films equally. I would loved to be a fashion entrepreneur as I do lot of things in fashion and not just a designer. I also work as stylist, show director etc… ( I’m too young to be focusing only on one thing ha ha ha ha….you know I’m young just can’t stick to one, like doing so many things when you feel you are good at it right???)

What lead you into the world of fashion, film and media? Did you attend any school for fashion designing?

Well according to me I like fashion and it doesn’t matter from which school you go to for designing or such, because at the end of the day all that matters is your creativity, never give up attitude, passion etc…( well I did my evening classes at Queen’s school of designing at Mysore out of my passion while I was doing my Bachelors )

What role do you like to play in the fashion and film industry? How do you feel to be a part of and to be working in the industry?

Well in fashion industry I work as a designer, stylist and also as a show director and in film industry. I like working as director and also as costume designer. It really feels great to be a part of the industry, because the passion and the hard work is really paying off.

Who were your main early influences and who do you look up to in the fashion industry?

You have done so many shows and also worked in Films back in your state. You had to leave the Country when you were doing so good and everything had started for you right away, with more films and shows. Why did you leave and How was the Transition Phase for you?

Yes, you are correct it was difficult for me to leave India when everything was going the right away but however I really respect my family and they mean the world to me and my grandmother had a wish (you know right the Indian Grandmothers wishes their grandson or daughter to their masters in the US) so like that I happened to move here. Transition is definitely not easy because I was in India doing so many shows and also films simultaneously which kept me busy and I moved in to whole new place with no one here so it is indeed difficult position to be in.

You have started doing shows there too in span of 6 months ? How do you feel about this?

Ha ha ha yes, indeed people here have been nice in accepting me. I’m doing shows with Designers out here as a Show Director and also Stylist. All I believe is if you are good at what you are doing everything will fall in place. It’s a huge achievement for me. I am blessed.

Do you have plans of coming back or will you be settling there?

Ha ha ha, well really at this stage were I’m still so new to everything I haven’t thought about anything to be really honest. I’ll be basically going with the flow. What I believe is what ever happens it’s destined to happen.

Are you looking forward for your own brand or so? How long do you think you will take to establish your brand?

Yes, I’m looking for it but at this stage since I’m planing to do things my own way so there is no duration as such because you are trying to be a brand which takes time. It all depends on how focused and passionate you are in getting it.

What role did your family play in choosing your career option and how much support did you receive from them in the same?

My family is been my strength for everything that I have done. I’m totally blessed to have them in my life. Sometimes when you are trying to break the stereotype or stigma attached to it.

You have received a best designer award in your life; have designed clothes of a number of eminent personalities. A great achievement I must say at this young age. So how do you feel about this? Apart from this, could you share with us a few other achievements of yours?

Yes, that was by EP Synergy company when I had started of very soon and yes I have designed for few regional celebrities and the feeling is great when things are happening soon. Other achievements are I’m a National Level Tennis Player and State Level Gymnast and also Dancer have won so many awards on these extra-curricular activities. Here are the list of few other achievements:

One of your most memorable experiences in the industry?

Every journey that I have had is been an amazing experience. I really can’t chose all of them are most memorable experiences I have had.

How does the criticism help in keeping you motivated?

Basically, my thing is I do take neither appreciation nor criticism seriously because we live in an era where every one has an opinion towards what others do ( be it good or bad ) all that matters for me is the joy that I get when I do what I like. So, that’s all what matters to me. I take criticism seriously only when my people say it.

What are you looking forward to in the near future?

That’s a good question, but I seriously have no answer because haven’t planned anything yet.

Did you face any struggles for reaching on this platform where you are today? How did you cope up and overcome those struggles? Do you feel you have reached your goals?

Yes, struggles are bound to happen when you want to make a life in the creative field because you wouldn’t have the right connect. No initial budget to start off etc etc… ( every struggling person can relate to what I’m saying…) believing in yourself and dreaming big are the only option which can keep me alive (all I want to say is if you had to give up then why did you start is what my question that I ask my-self). Of-course not I haven’t reached anything get not even close to my goals. But yes, I am on my way.

What are your upcoming projects? Heard you are coming up with something?

As of now just doing things out here in Miami and ha ha ha you need to wait for that ( ssssshhhhh…..)

Any advice that you want to share with the readers out there..

I’m too young to advice any one to be really honest, and all I can say is that keep your passions alive don’t give up and always be with your family no matter what they say just try balancing everything. Why I say is most of the people leave their family for their passions which is not correct. Most of the families doesn’t accept when their sons and daughter want to make their career in fashion or films (basically entertainment industry) all I can say is start soon focus on what you want and balance everything so that you can be happy and your family too. Be responsible in whatever you do.

He Is A SENSATION! Meet This Writer, Stand-up Comedian & A Film-Maker | Brijesh Jha
The Most STYLISH SINGER One Can Call Her! Meet Sharvi Yadav – The Stage 2 Girl
Comment