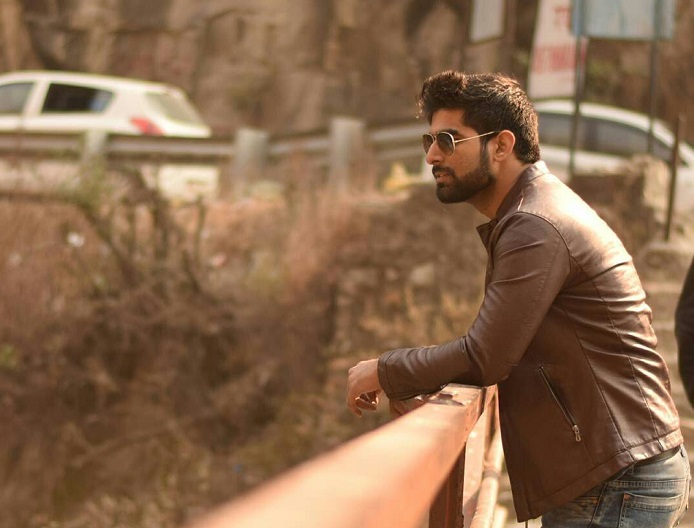 As all Roadies watchers can recall this young and energetic man from last season of roadies where he could make his way till semi finale. Satish Kumar got selected in Neha Dhupia’s gang and as we all can remember that he was the only roadie from his gang who could survive till semi finale where he experienced both ups and downs in this journey.

Satish Kumar from Delhi is a mechanical engineering  graduate from Lovely Professional University. While auditioning for Roadies, he expressed his desire to eradicate poverty from country.

While talking with Satish :

Q1. From which season you are following MTV Roadies?

I am following the show since Roadies 8. One of my close friend follows the show thoroughly and she suggested me and even assured me that I’ll get selected and then for the very first time I started to follow the show.

Q2. Which factor of this show attracted you to audition for this?

X- Factors  of this show are innumerable but the one which I cherish the most is “ Venturesome and Dauntless”. This very factor had inspired to the Youth of this nation to go orchestrated for this.

Q3. Who is your inspiration from the previous seasons of roadies?

Ultimate Roadie : Ranvijay Singh Sir. The reason circumscribes both the emotional and rational part of his personality. Emotional since me and him come from the same family background ( Army) and from same school i.e. TAPSITE. Rational because he’s a Youth Icon. He knows he’s an inspiration for many young boys in the country and thus doesn’t indulge in activities that may tarnish his image.

Q4. What was your friends’ and family’s reaction once you got selected for roadies x4?

They were swamped and flooded with merriment and high-spirits when they got to know that I was selected.

My father got very emotional and was flooded with tears of happiness which was the most amazing sight which gives me peace and satisfaction . Elder brother who is my Idol as well as my support system was very proud of me and satisfied by my performance and I always wanted to make him happy as he has constructed my every quality with full attention. My Bhabhi and mother were also very happy.

Q5. Can you share any special or emotional moments of your roadies journey?

The connections which I made during the journey will always be in my Heart, Mind and the Soul especially Neha Dhupia Mam. I can very well say that when I got out from the show Neha Mam got so emotional. At that point I realized that how much she loves me.

Q6. Through your own experience, do you think that roadies is the appropriate platform for youngsters to showcase their talent?

Yes, I do. Roadies is “The Best Platform” for youngsters. The secret ingredient that is mixture of love/hatred/ sarcasm/tasks/plots/twists etc. From the point of view of youngster everything that he desires for.

Q7. So whats your plan for further, are getting any offer from entertainment media?

Yes, I am getting a lot of offers , but at the time of auditions itself I denied to join industry rather utilize my time for social work and work on my vision.

Q8. Lastly, the message you’ll give to upcoming roadies contestants and youths?

Stay positive and keep smiling no matter how intense the situation is.