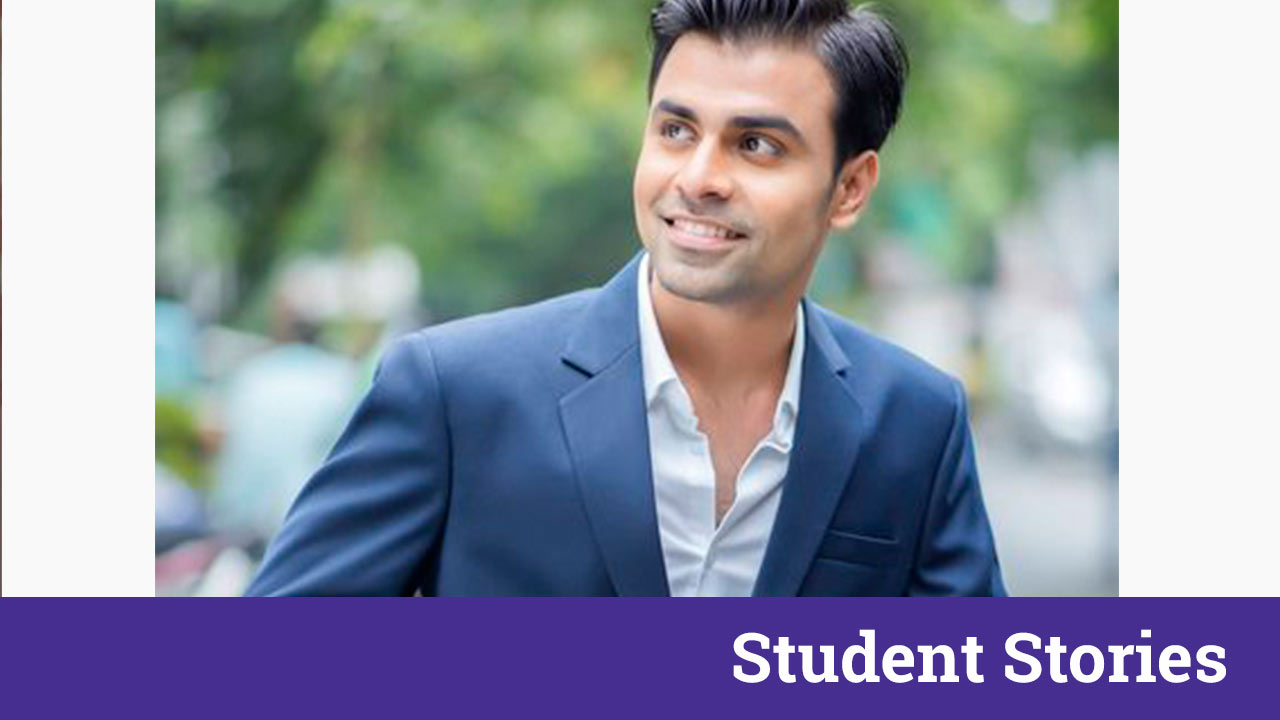 Jitendra Kumar aka ‘Jeetu’ is one of the famous Indian actors on YouTube. He has gained recognition for his roles as Jeetu, Munna Jazbaati and Arjun Kejriwal on comedy sketch- The Viral Fever. Most of us have watched and enjoyed his comedy performances, but little is known about Jitendra Kumar’s journey to popularity. A millennial icon, Kumar is as modest as it gets.

Jitendra grew up in Khairthal, Rajasthan. He always had a thing for mimicry and copied Bollywood actors like Nana Patekar and Amitabh Bachchan. He caught onto to people’s body language and tone real quick, making him a talented mimic. An Engineer with a degree in Civil Engineering from IIT Kharagpur, Kumar confirmed that he couldn’t genuinely imagine himself as an engineer. Although, the shift in career inclination wasn’t easy at all. He never saw any future in acting unless one day his seniors in college pushed him to perform an ad-lib English elocution act.

How it all Started :

Jeetu was supposed to deliver Al Pacino’s lines from The Scent of A Women (1992). Though Kumar had a rough history of English, he somehow performed the act, which impressed his seniors a lot. Consequently, his seniors referred him to the Hindi drama society where he finally met Biswapati Sarkar.

Biswapati Sarkar, who is the creative director at TVF, asked him to try acting for TVF and if that appeals to him, he could continue. Evidently, his acting has appealed both Kumar himself and his wide range of fans. Bisu and Kumar share a very sweet relation where Bisu being his senior keeps pulling his leg. Like any other typical Indian engineer’s family, Jeetu’s family was unsure about his decision to pursue acting. But after receiving such an overwhelming response for his acting in Tech conversations, Munna Jazbaati and TVF Pitchers, he has proved his decision as correct. But his talents are not just restricted to acting, obviously. He is also a writer and admits to being a lover of words. His Twitter handle goes by the name of ‘FarjiGulzar’ in which he shares his creations.

A Star Is Born: Jitendra Kumar

Munna Jazbaati, as is clear by the name, is an extremely emotional person and somewhat stupid. He gets selected for an internship where he is very much touched by his boss’s little kind gestures. He promises his boss to perform well so as to prove himself but he goes a little overboard with his dedication. You have to watch this hilarious video to appreciate the naivety of the character played so gracefully by Kumar.

As ‘Jeetu in TVF Pitchers’

TVF Pitchers is one of the most successful web-series in India. It has whopping 9.3/10 rating with ‎38,219 votes and currently ranked #39 in the Top 250 TV on IMDB. Kumar’s character “Jeetu” is one of the most loved characters of this series. His dialogues from the series still give us goosebumps. Apart from working in web series like Permanent Roommates and TVF Pitchers, Kumar has worked in the movie ‘A Wednesday’ and feature film ‘Shuruat Ka Interval.‘

Jitendra mimicked Arvind Kejriwal in a TVF video named “Bollywood Aam Aadmi Party: Arnub Qtiyapa”. This video was highly appreciated and gathered 6.5 million views on YouTube. After one year, the CM of Delhi Arvind Kejriwal himself was invited for the episode of ‘Barely Talking with Arnub‘. Quite interestingly, Jitendra mimicked Kejriwal again in front of him under the impression of Arjun Kejriwal. He put a confident show and ultimately won the appraisal of Kejriwal himself.

What Fans and Friends say about Jitendra Kumar :

According to one of his college roommates, Jeetu is a blabbermouth, and he can go on with his stories forever. His story-telling skills are excellent and one would never get bored with him. Amongst his fans, Jeetu has an image of a very humble person. Many of his fans have recounted stories where they would randomly come across him and he would act like it’s no big deal. He is easy to approach and makes it a point to answer whatever his fans wish to know about him. So let’s know more about our favorite- Jitendra Kumar aka Jeetu in the interview down below.

I don’t think I am the only ‘Face of TVF’, But Yes ! it takes a lot of hard work and requires lots of concentration because with every episode of TVF the expectations and pressure increases. It takes a lot to forget everything and be in the moment when the real work is happening. And then it always feels amazing when things work out in the end and people open their arms and give me a warm hug.

We observed you are called as “Jeetu” in most of the videos, is there any reason behind it?

So, before TVF Pitchers I had played every character with different names and people used to call me from that character’s name like “Arre Munna Jasbati !! Aap yahaN Metro train me kya kar rahe ho?” or “Arre Munna, you really look like Arjun Kejriwal !”, a character I played in one of TVF sketch. So, the Creators of Pitchers decided that this time my character will be named on my original name Jeetu, So, people can remember and relate me to it. And then, I played Jeetu in every sketch but We keep changing it when I play a character in a long drama series. I try and stop overthinking about my name, there are lots of other things to focus on like “ghar ka rashan aa raha hai ya nahi.”

Fans of Pitchers are waiting for too long. So when is the season of Pitcher 2 coming out?

The main reason is that, although we all are shy to say that we are an artist at the end of the day, we all are artists by heart and because of that we always try to give a variety of work. That’s why the main creative team is busy in creating different shows and every show takes time, but now they all are back on TVF Pitchers and writing has already started, So soon we will be back with TVF Pitchers Season 2. Trust me I am waiting for it more than anyone else.

What is the Biggest take away from the journey at IIT Kharagpur?

It’s very funny to say but “life mein kuch bhi ho sakta hai” is the main learning. Never give up on things and I know its tough to take things easy, we all take stress these days, but don’t get panic because of few things, this is the biggest learning or take away from my journey at IIT Kharagpur.

We have seen you mostly playing the role of an engineer and doing coding. Do you enjoy coding in real life also?

I am not that successful yet because people haven’t noticed my other characters, so it feels this way. Also, I have a long way to go and I will be playing a lot of characters in the upcoming projects. No, I failed in coding during my college days and then eventually passed it with the lowest grade. Coding is the horror story of my life.

I had already worked with Mr. Shahrukh Khan before that interview. It is always dreamy, having a conversation or working with Your Hero. But He always converts it into fun. So it was really FUN, mainly these things helps to get back that family support. All of this is very typical what I just said, the true story is I was very nervous.

Your Son-Father Duet is always awesome with Mr. Gajraj Rao, how do you manage to be so realistic in your acting with him and how is your relationship with him behind the scenes?

The Series TVF Tech Conversation with Dad is a realistic idea from episode one. And the idea came to creator’s mind from his personal experience and we realized that we all had same experiences with our parents. So, I tried to imagine my dad while acting in it, thankfully it came out very real and it resonated with our audiences. After the first episode, I keep trying to copy myself and most of the toughest task gets done by Mr. Gajraj Rao, one of the finest actors I have ever seen. You always learn when you work with an experienced person like Gajraj ji. He is always fun and spreads warm and positive energy on sets. I think he is my friend now because I feel free to share things with him

How does your family take your success?

My family behaves according to my present situation and I don’t think I am successful yet, I am not being modest at all. Without being sure about your own status of success, it always feels incomplete an unsure to comment. So, my family is also not taking my popularity as a success for now. When I will feel that yes, I have attained some success, then I’ll be able to tell their reactions as well. Actually, I get so stuck when I get a new script as I desperately want to know and learn everything in there and also learn all the required acting skills. So, success will come but will take time.

Deepika is pursuing graduation from the University of Delhi. Apart from this, she always wants to do something of her choice, to follow her dreams, beyond the expectations.The only thing she believes is - Make It Large.