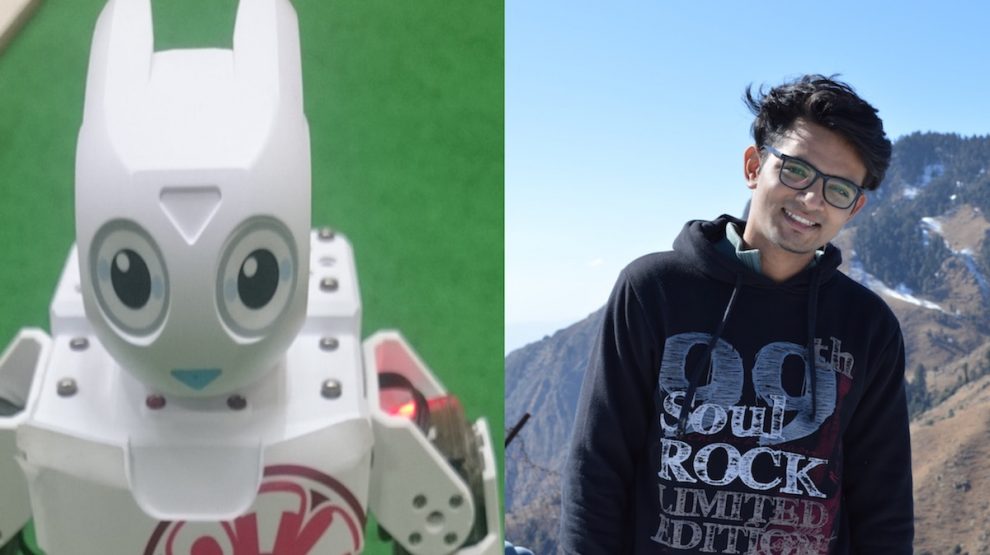 Nishant is one crew member of First Robocup India Team who participated in 3D Simulation league held at Leipzig, Germany. Our team interviewed Nishant, about his journey to this success.

1. How did you ended up in IIT. Did you always want to join IIT?

I was introduced to Computer Science in standard eleventh. Soon I realized that I have got a thing for this field. I wanted to study more about it, being more or less ignorant I decided that IIT’s being premier institute in our country, I should study computer science from one of the IIT’s only. Else I would have been studying English Literature, *Aye Captain!*

You also might be interested in “Meet one of the Youngest Woman Author from Miranda House, Delhi University”

2. What exactly you presented in Germany?

RoboCup is an international robotics competition with the official goal: “By the middle of the 21st century, a team of fully autonomous humanoid robot soccer players shall win a soccer game, complying with the official rules of FIFA, against the winner of the most recent World Cup.” We were participating in 3D Simulated Soccer League. This League allows software agents to control humanoid robots to compete against one another in a realistic simulation of the rules and physics of a game of soccer. We were participating for the first time, we defeated few teams. I was more than satisfied by our performance.

3. Did you expect you will represent India in Germany?

Yes! We were pretty sure about it. There were tough deadlines but the team (KRSSG) was always ready for it. I remember working all-nighters, someone would fetch coffee while someone would be busy debugging. Those magical moments were more than enough for us to be sure.

4. Was Representing India in Germany, not a huge responsibility?

It was a huge responsibility but the team was always together. Rather than thinking of it as just a simple competition we knew that we were representing India at a global platform. Our performance would be a metric to measure the latent potential of young and enthusiastic researchers of India. I am sure we didn’t disappoint.

5. How did your parents react on listening to this news?

My parents were very happy for me. They had never forced me to do anything specific. I think this made me shift my focus off from academics to robotics and beyond.

6. Any other achievements other than ROBOCUP?

I have represented IIT Kharagpur at Inter-IIT Tech Meet in Software Development and have bagged gold for the institute. I was also selected to Google Summer of code.

7. How did you get through Google Summer of code?

Google Summer of Code was a rare feat. I would really like to thank my seniors for the guidance, apart from that you need to be consistent every day. There are ample opportunities available, you just need to knock the right door.

8.How was your experience working with Google?

It was one of the most enriching experience of my life. I was working with likeminded people, the open-source community is extra-ordinary when it comes to welcoming new people. I learned myriad new things and asked quite a lot of questions. The inquisitiveness in me found solace there.

You can also see his work on KRSSG

You should also read “Meet The Social Worker Who is One of The Youngest Recipient of Karmaveer Chakra!”

How these DUites are Revolutionizing Waste Management in Country
Comment