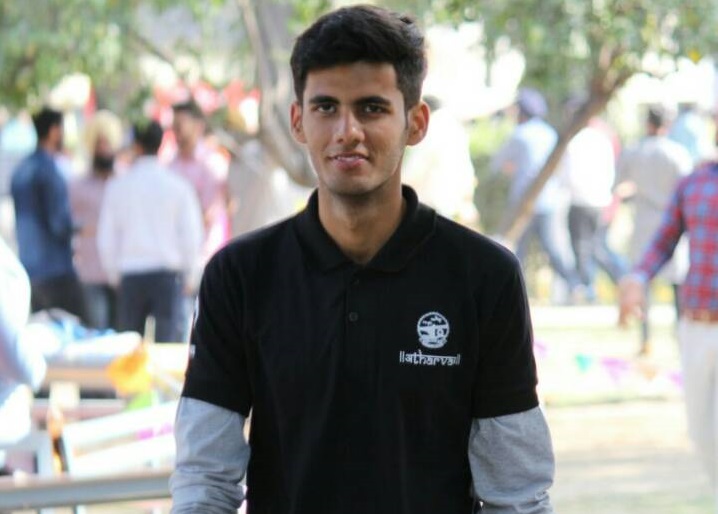 Anirudh, was on his 6 weeks summer training at Naddi, a village in Himachal Pradesh. When on a sunny, breezy day in mid June he decided to go to Bhagsu Nag Waterfall (near Bhagsu Nag temple), a place 2.8 km away from Mcleodganj for outing with his friends Deepak and Divyansh. There, they saw a group of people doing swimming and cliff jumping.

Anirudh quoted “The Bhagsu Nag Waterfall was very deep in the middle and we all were just beginners”.

He along with his friends went into the water for swimming. They were on the shallow side of the pond. There was this other group of students who were not localized and had come on a college tour.

According to Anirudh, he saw them clicking selfies and photos of the natural beauty of the waterfall. Everything was going well, until, for getting a perfect picture clicked, one of the boys from the group jumped off the cliff into the waterfall allowing his friend to click a picture of him.

As and when he jumped into the Waterfall off the cliff, he hit midway. There was a slippery rock with algae composited on it making it worse for someone to hold grip. That boy was sinking down the water, only his finger tips could be seen flickering on the surface.

“The waterfall was 6.5 feet deep in the middle and he could not manage to come up on the surface of water” , Anirudh examined.

At first, nobody of us thought that he was sinking down . “We saw him at the bottom, and thought he was just playing,” Anirudh said.

However, it didn’t take long to realize that this was no laughing matter.

Shortly after, 21-year-old Anirudh said that he heard screaming and went to see what the matter was.

“They all were screaming, and I was like, ‘What is the matter?’ And then I saw that boy all the way at the bottom drowning,” he said.
“I saw him like floating on the floor, just like a star, he was all the way at the bottom sinking,” he continued.
“Without a second thought, I started going downstream towards him. I saw Divyansh and Deepak coming behind me to help him out,” Anirudh told

Anirudh said that he was just a beginner in the swimming still he managed to reach the boy who was at the deep mid of the waterfall , as he had only one thing mind – “ I have to save him”.

Anirudh explained that the rocks inside the water were so slippery that even he slipped twice and went down the water. They could not resist the waves in the middle of the waterfall.

“What I did was, when he was down on the bottom, I went down the water, pushed him up, but all in vain. I tried again without losing hope and again went downstream pushed him up with greater force, and then Divyansh took hold of him this time , we all held him and managed to save his life finally.” he said.

Though happiness was there deep inside, they were really scared.

“The boy was panting very badly and all his friends circled around us and asked, ‘Are you okay?’. We made him feel comfortable and told everything was fine,”Anirudh answered.

Minutes later the boy was well in a good condition and he stood up and thanked us wholeheartedly for saving his life.

“Take care and be careful. Never risk your life for the sake of photographs,” Anirudh said.

“I was scared seeing him sinking.The incident was so impulsive, I didn’t think about myself at that moment and went in to save him.”

“WE BELIEVE IN THE ORDINARY ACTS OF BRAVERY,IN THE COURAGE THAT DRIVES ONE PERSON TO STAND FOR THE OTHER”

“ Congratulations for your tremendous efforts and bravery act Mr. Sharma. Wish you good luck for your bright future” – Amulya Garg

Read the list of courses available at GNDEC, Ludhiana