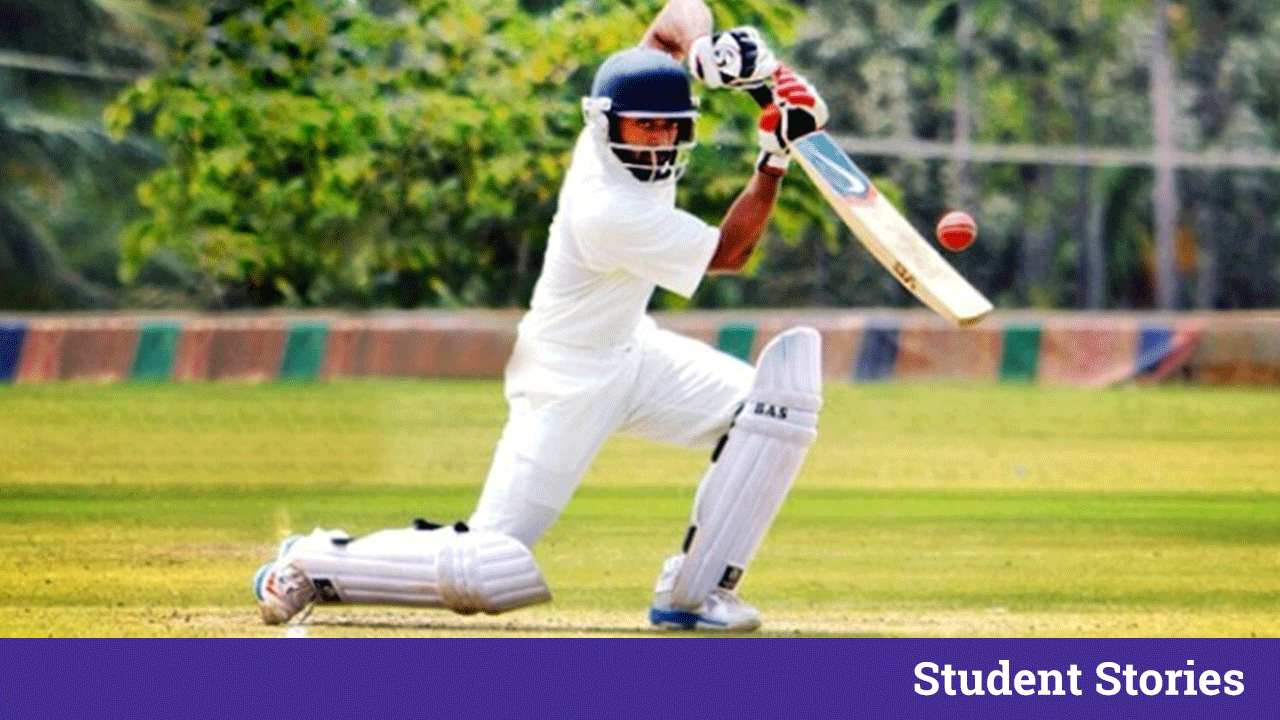 Ankit Bawne is an Indian cricketer who plays for Maharashtra in domestic cricket. He’s a right-handed batsman who made his debut in First class at an early age of 15 in 2007 against Karnataka. He won the Best Under-15 cricketer and the BCCI Awards in 2007. He has a First class average of 50 and has represented India Under 23 and West Zone. He was also among the top run-scorers in RANJI Trophy for the year 2012-13. He was bought by Delhi-daredevils for the 2017 Indian Premier League.

1. When did cricket interest you and when did you realize that you have to make it big in cricket ?

Well I started playing cricket when I was 9 years old. After getting selected in under 14 and under 15, I realized that I can do something big in cricket. It was generally my childhood dream to play for India, so I started with Gully cricket and then I moved ahead towards school cricket, then District cricket and then the States. So once I started playing for state as under 15, I scored 1000 runs and we won the trophy also. So later on I made my First Class debut also, and then I decided that I am ready for playing in the Indian cricket team and I can do it

2. Who is your favorite batsman? From where did you learn the nuances of cricket?

My favorite Batsman vary as per the format, for the Test Cricket I have RAHUL DRAVID Sir as my ideal. For One-Day I idolize M.S. DHONI and for T20 I have VIRAT KOHLI.  I don’t have one from the other countries, we Indians are the Best.

3. Tell us something about your successful journey so far ( Journey from the Start till RANJI).

Let me be honest with this one, I played my under-15 first year and the same year I had my 1st First class game also ,so it didn’t took me long to make my debut in First class. The day I  scored 1000 runs and that day only I was selected for the First class game. It was quite Dramatic, I was just 15years old, very young at that time, I knew nothing about First class game and how the game gets bigger at different stages.

4. Who was your biggest mentor and strongest support in your journey so far?

Its my Father , he has always been my supporter from my childhood, being the only child of my family , he always supported me and he still supports me , so my father is the one. I never had a coach, whatever cricket I’ve learnt it was just by watching T.V only. That’s why I idolize the great cricketers like Rahul Dravid Sir, M.S. Dhoni and Virat Kohli because I have learnt a lot from them.

5. Despite the age related incident, you made your presence felt by the weight of your RANJI trophy runs for Maharashtra. What was the motto in mind that helped you move ahead?

My dream was to play for Senior Indian team not just in the under-19 team, so I knew that if I have to make it big, I have to score runs in the RANJI trophy and I don’t see that any tournament is bigger than the RANJI Trophy in India. Right now, IPL is there but its just a T20 tournament, so if you want to crack into the Test team you need to perform your best in the Ranji Trophy. Every year I went with the same attitude of scoring the highest runs.

6. What is your biggest dream? How are you planning on to achieve it?

The dream is to play for the India team. No doubt in that but there’s a process for it also. I have to keep pushing myself up, keep scoring runs, then only I’ll shine in the eyes of the selectors. This has been very clear in my mind since the day I’ve set my eyes on the Indian Cricket Team and with my hard work and blessings of my father I am hopeful that I will be there soon.

ALSO READ Be The Change You Wish To See! Proved By Shrey Surya Mishra | An Entrepreneur, An Artist and An Orator

7. What was the biggest challenge in this journey so far? How did you overcome that?

There were lot of challenges when I started playing for RANJI Trophy. I was just 15 years and in the starting few days I was struggling a lot, it was really tough for a 15 year old kid to come to First class cricket and play against very dominating teams like Mumbai and Karnataka. So, I think a lot of credit goes to Maharashtra Cricket Association, our President at that time Ajay Shirke Sir, they pushed me up, motivated me, so that I could make my mark.

8. What was your most memorable experience in this journey so far that is still guiding you through?

The Dulip trophy that I have played. I played two games in it and I scored 100 in both of them. I cherish those moments and after doing that, I think Indian team is not so far for me. So, I keep giving my best efforts.

9. What would be your message/strategies for aspiring youth of today especially the young and ambitious boys like you?

The message I would like to convey here is –“There are no short-cuts in cricket, you have to work hard every single day, if you keeping working hard no matter what time it takes, you will surely achieve what you are aiming for. As long as you are working hard you are on the right track.”

From Our House Of Talent | 2nd Runner Up Of Talent Hunt | Meet Abhinav Poddar
Eeshan Arun Defying And Defining Every New Limit ! This Warwick University Rank Holder Is Your Business Angel
Comment