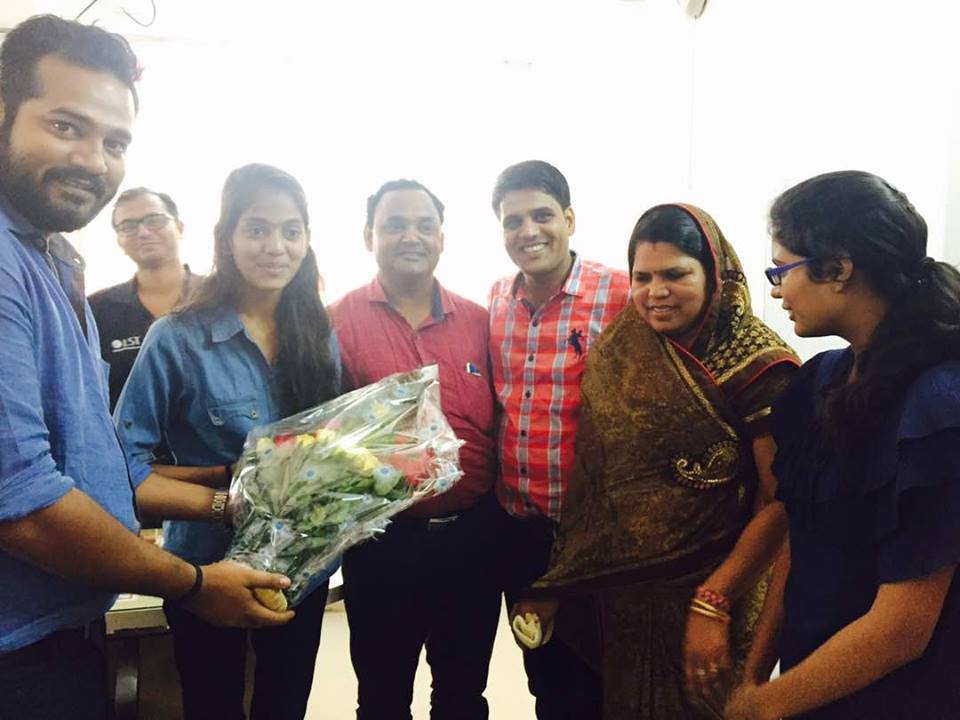 Radhika Sarda, the Rajasthani girl is one of the top three scores in Common Law Admission Test 2017. She scored 148.5 out of 196 and bagged AIR 3 in the national exam. Radhika does not believe in shortcuts to success and took a year off to prepare properly for the CLAT 2017.

In conversation with Radhika Sarda :

1. What made you choose law as a career option?

Since my childhood, I was always interested in exploring the details about all kinds of topics. I loved to argue, uncover the truth and ascertain all facts before reaching a conclusion. After growing up, I realized I had an inclination towards being part of the Indian legal system. Sometimes, I would watch TV and follow court cases. It was in Class 11 that I finally made up my mind to choose law as a career. I believe one should listen to their inner-self and proceed confidently in the direction of their dreams.

2. What was your first reaction when you came to know about your CLAT result?

I did not expect this at all. My success came as a pleasant surprise to me. My teacher called me up and confirmed my CLAT result 2017. I could not believe my ears and had it verified more than once.

3. What was your preparation strategy for CLAT 2017?

4. How did you plan your preparation for CLAT?

I devoted six hours on a regular basis for self-study even as I took coaching guidance from Career Launcher. During the first few months of my preparation for CLAT, I cleared the basic concepts of each subject-matter as per the CLAT syllabus. Whenever I had any doubt, I would note it down and discuss it with my friends and teachers, understand it thoroughly and then move onto the next topic. This method helped me a lot.

5. Describe the aptitude required for different subjects in the exam.

For sure there are different attitudes required for different subjects and the timings vary too.

Mathematics – The questions in this section are of 10th standard level, which I was already comfortable with. The only effort which I put for this section was to practice regularly with lots and lots of questions. I tried the numerical ability questions of each and every type.

Reasoning – The questions in this section were quite interesting. I loved to solve them. I went through the basic solving techniques and tried attempted at least 20-25 questions daily.

Legal Aptitude – This is one of the toughest sections the CLAT paper has. First of all, law aspirants like us are not aware of this subject at the Class 12th level. Secondly, the section also comprises questions on legal vocabulary and maxims. Lastly, law aspirants should understand the question and know the methods to solve it.

General Knowledge – This is the section which I feared most. The Syllabus of GK is vast and CLAT online paper has a record of asking the most recent possible questions. This year too, there were questions from events that took place just the previous week. Therefore, a law aspirant needs to be updated with each event that might have taken place recently.  Moreover, I devoted at least 30-45 minutes every day to read Indian Express, the national daily newspaper.

6. How important are mock tests according to you?

A Life Changing Experience For All! His Blindness Failed And Determination Won | Scored 86% in Class 12th Boards.
If This Doesn’t Inspire You, Then What? His Disability Is Never A Hindrance For Him | The Real Hero, Kshitiz Aneja
Comment