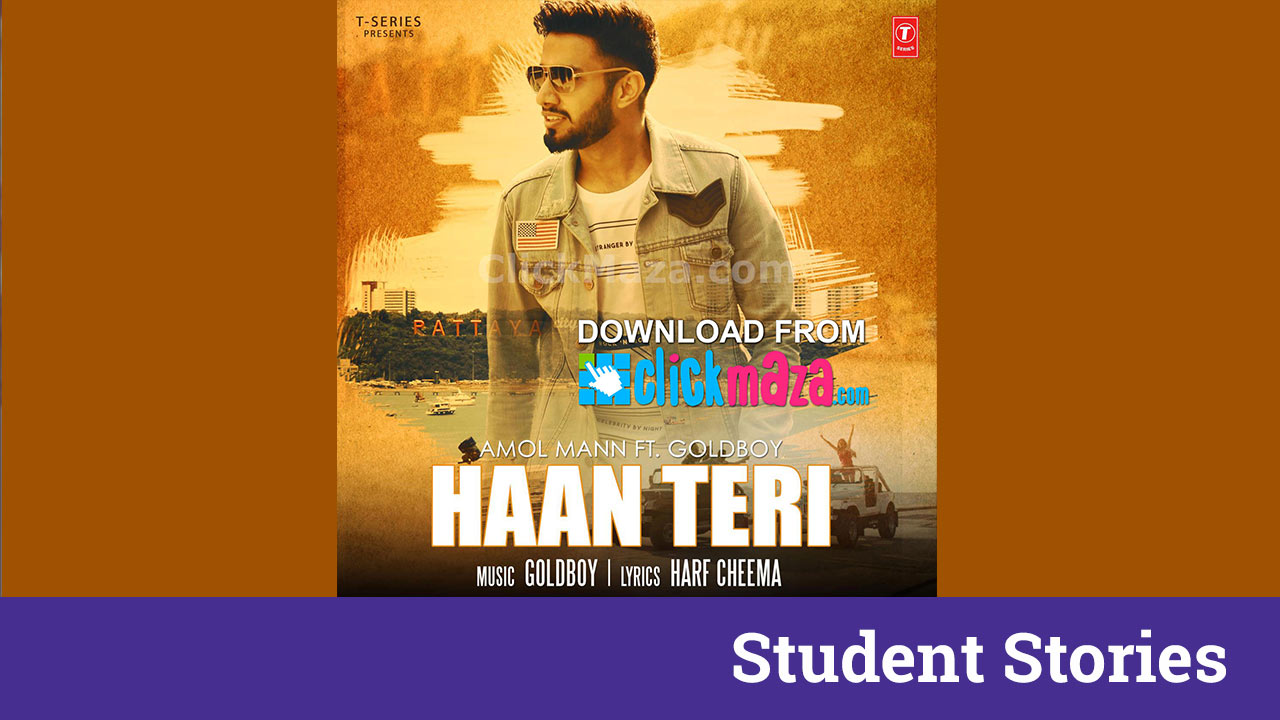 CLASS AND REFINED TALENT are the words which totally define AMOL MANN- THE SINGING SENSATION FROM PUNJAB. He is a GIFTED SINGER who made his first successful debut with T-series. ‘Haan Teri’– with over 1.6 Million Views is the first debut song of Amol, which got him praise and appreciation of millions from around the globe and has opened new doors of fame and success for this hard working and determined singer.

Born on 6th January, 1993 in Abul Karana, Punjab, India, Amol has completed his schooling from St. Joseph’s School, Mohali. He is also an Engineer and pursued his Bachelor’s in Technology in Electronics and Communication from Chandigarh Group Of Colleges ( CGC ), Landran, Mohali. The Punjabi Sensation is also a Youtube Star because of his fresh voice and the hard work that he’d put in for “Haan Teri”.

On his success of ‘Hann Teri’, Amol says “I was expecting even more. But Yes ! it is definitely a good start.” Amol who started his career as a Youtube Singer enjoys doing live stage performances more as it connects him with his audience in a much better way. That’s the quality of a True Artist. Let’s know more about him and his budding career in the Interview down below.

In Conversation with THE ARTIST FROM PUNJAB | AMOL SINGH MANN

1. When did you discover a singer in you?

Since the day I realized my own potential and talent, I discovered the singer within myself. Nobody didn’t really noticed the singer within me at first so it was more of a self-awakening for me. I think I am a born singer and now i am really working hard to grow more as an artist and better my own craft with every passing day.

2. Who is your inspiration or role model in your field?

I haven’t yet thought  much about this but yes, definitely A.R Rahman is the one which strikes my mind always when it comes to that one inspiration. His music is something I love. His voice is really soothing and every time I listen to him, it touches all the right chords with my heart and soul.

3. Your YouTube video “Haan Teri ” was a big hit. What was your reaction? Did you expect such popularity from your first break?

After the amount of effort I put in I think I expected a bit more. But still it was quite enough for a beginning. I was very much happy though about the response and appreciation I got. It was my first big break but I am determined to do better and bigger things in days to come.

4. What are your further plans? Are you still looking to become a Youtuber only after your 1st video?

Becoming only a Youtuber was never ever my aim. Its just a popular trend that has just started these days. I want to do more live stage shows and enjoy doing the same more  as it connects me with my audience better. Also, I am looking forward for good playback opportunities in the Music Industry of Bollywood.

Also read This Young Music Composer From Delhi Is Working With Jasmine Sandlas, Mafia Now! Knox Artiste Is Winning Millions Of Hearts Across The Globe !

5. As we know your parents don’t encourage music much! Has their mindset changed after your 1st video and by it’s success?

I always thought it would change after it but I’m sad that it hasn’t changed still. And I’m still struggling hard to  make it happen. My Family isn’t much supportive of this field. But my Mother wants me to be happy in whatever field I choose for myself. I guess my dad will understand it only, when I’ll achieve “a lot” as its not easy to make an appeal to him.

6. Where do you see yourself five years down the line ?

I have always set short term goals. And I can see myself as an established and a known figure at least in Punjab in the next 2-3 years. Rest fingers crossed. Also, if everything goes well then next five years can even take me to Bollywood. God bless me ??

7. What would you like to tell to our readers and the other aspiring singers ?

I think you can only teach what you have preached! One should always keep trying hard and hard and stay focused. Success will definitely grab your arm but one needs to be calm and determined. And I somewhere know that whatever you desire you’ll get it at the end , but don’t consider anything “easy“.

The Rise Of Xpressions 2017 -The Best Management Fest In India Organized By XIMB ! Relive The Grand Experience Of A Fest Beyond Time !
Famous Hollywood Director-Ben Giroux Appreciated His Work & Armaan Malik His Mentor Prays For His Success ! Meet Parth Shrimali-Singer and Armaanian
Comment