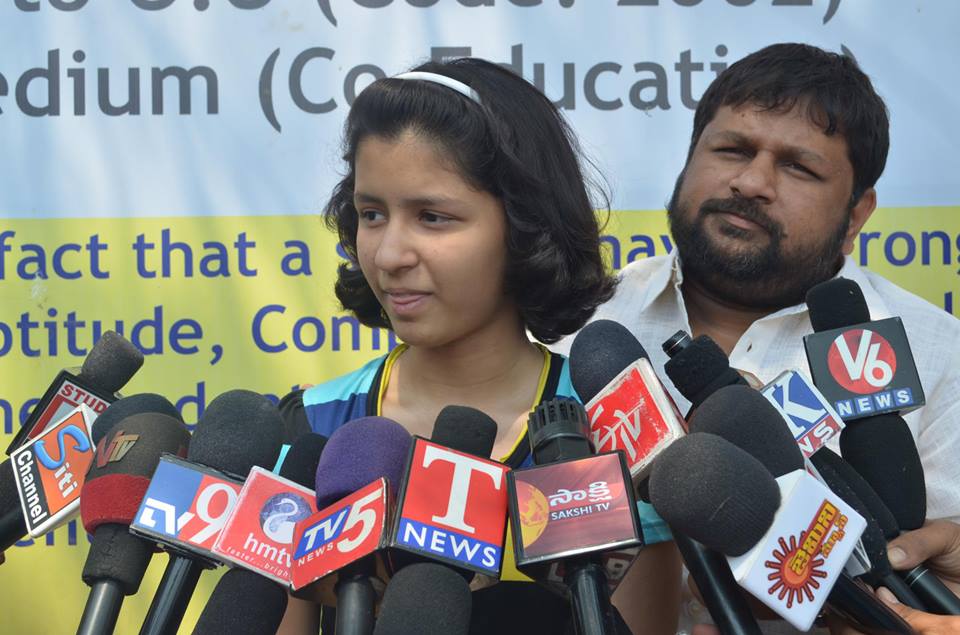 Naina Jaiswal, a 16-year-old girl from Hyderabad has crossed all the limits of educational supremacy by becoming the youngest Post Graduate in Asia. Naina doesn’t only excel in studies but also has equal passion for tennis. The achievements of Naina go beyond education ranging up winning the national and international tournaments in Tennis.

It doesn’t end here! She can sing and even write with both hands. She knows all 108 shlokas of Ramayana by heart and can make a Hyderabadi biryani in just 25 minutes!

1.When did you complete your secondary education and graduation?

2. What else do you do apart from studying for higher education at such a tender age?

Apart from my educational achievement, I have played various international and national tournaments of tennis. I am a trained pianist and have recorded songs as well. I believe in being an all-around achiever and don’t concentrate my energy merely on one thing.

3. Is it only you who have completed education at such a fast pace from your family?

Certainly not, something I believe that it somehow runs in our family. Everybody works rigorously hard to achieve for themselves. My younger brother Agastya Jaiswal who is 11 years old has himself given exam of 12th standard recently. He too is studying in St. Marys college with the subjects economics, commerce, and civics.

4. How have your achievements been in the arena of sports?

I am currently World No. 6 tennis player in the junior category. I am the youngest player to win the “triple crown” consisting of juniors, youth and women’s singles titles in the Telangana State Ranking Championship. Also, there are many national and international titles which I have won.

5. Who do you see as your biggest support?

My parents are my biggest support and motivator. My mother taught us everything till the age of 5 till when we received home schooling. It is because of the clearance of the basic concepts from the very beginning that led me to such a huge position today. I hope it takes me further till the point I clear my IAS exams.

6. Have you ever felt your parents concentrating upon one single arena for a better result?

No. my parents have always encouraged me to take all my skills seriously and nothing has been forced upon us ever. They firmly believed that it’s not always that a child is inclined towards studies or even if they are, they perform well academically. But today, I am known for different skills I possess which somehow proves their equality towards everything.

From Not Knowing Hindi To Winning “Indian Idol Junior Season 1”, This Girl Will Teach You The Importance Of Hardwork
Grand Initiative By These IIT Graduates To Combat Educational Crisis In Kashmir Through “RiSE” | An Inspiring Delight
Comment