Since it kicked off at the Millennium Dome in London in the year 2000, the  International Indian Film Academy Awards — better known as the IIFA Awards has been among the splashiest extravaganzas organized in honor of the Indian film industry. Always set in exotic foreign locales musical medleys, power packed performances, celebrity appearances, to the award ceremony itself everything about the IIFA weekend is grandiose.

The grand two-day celebration is known for championing Indian cinema and all the artists who have contributed in taking Hindi cinema beyond the realm of our own nation. Films, however, are not the only thing that is celebrated at the IIFA awards. The green carpet is very much a part of what makes IIFA special.

Every year, celebrities and other members of Bollywood come out in scores to showcase fashion and their personalized style with grace and oodles of panache. We see a bevy of beautifully (sometimes not) turned out individuals that give us #FashionGoals for months after the award show has come to a close. This year’s IIFA Green Carpet saw an eclectic mix of trends out of which we have picked our favorites.

There was no doubt that Alia Bhatt ruled the red carpet (and dominated the awards to winning Best Actor Female for Udta Punjab) at this year’s IIFA Awards. Be it her Indian princess look in the pristine white Manish Malhotra lehenga that she wore to IIFA Rocks or her embellished Zuhair Murad gown on the day of the award ceremony — Alia walked onto that carpet and slew it.

Alia Bhatt chose this dramatic black number with sparkles all over for IIFA this time. She tied her hair in a low ponytail and kept her makeup minimal with some kohl-rimmed smokey eyes and nude lip color. The actress also won the Myntra Style Icon Award.

Disha Patani looked super hot in a cleavage baring gown on the green carpet of IIFA Awards 2017 held in New York. She paired her shimmery silver outfit with matching high heels and a loose updo. Disha picked up an award for Best Debutante for Dhoni’s biopic in which she starred opposite Sushant Singh Rajput. She will soon star in Baaghi 2 alongside Tiger Shroff.

On the green carpet For the IIFA Rocks 2017, styled by Tanya Ghavri, Disha Patani wore a customized rose gold mini dress by Zara Umrigar and teamed her look with a pair of metallic gladiator flats. Hair and makeup artist Marce Pedrozo gave Disha a textured hairstyle and a bold makeup of defined eyes and nude pink lips. Ditching the gown and going the unconventional way, Disha Patani and her unconventional green carpet style won hearts of many.

Sonakshi Sinha gave us serious Beyonce vibes in her maroon embroidered sheer gown. Sonakshi Sinha was seen wearing a red shimmer LabourJoisie body con sheer dress, highlighting every curve the outfit was perfect in appreciating the glamor of the diva. She even posted a picture on Instagram, thanking every person who styled her that day.

Now, the most controversial saree of Sonakshi Sinha for which she has been trolled many times now. Yet, many people loved her saree look, where she was spotted wearing white and multi colored contemporary saree and left everyone speechless. Her Gold metallic heels, red bindi, and red lips closed her fashion game.

We usually aren’t big fans of Kriti Sanon’s red carpet looks, but she nailed her glam goddess look in this Roberto Cavalli fitted gown. Love! The B-town actress Kriti Sanon wore Mark Bumgarner fit and flare off-shoulder baby pink outfit. She wore Aurelle by Leshna Shah jewelry and wavy hair swept to one side. She was styled by Sukriti Grover and Style Cell team lead by Anaita Shroff Adajania. In this pretty outfit, Kriti was looking no less than Cinderella.

Later, She picked a gold embellished fitted gown from Roberto Cavalli’s Resort 2017 collection. A pair of dangling earrings, hair tied up in a loose bun and a pink lip complimented her look well. The gown was gorgeous on her and she didn’t look any less than a gold goddess.

Shilpa Shetty also shared a sneak peek from when she set the runway during the IIFA Stomp on fire. She looked stunning in a silver gown from the studios of Falguni Shane Peacock. Shilpa showstopper while Disha Patani and Huma Qureshi also walked the ramp for the brand.

Katrina Kaif failed to sizzle her usual self on the green carpet of the IIFA Rocks 2017 and was styled by Tanya Ghavri. Katrina Kaif chose an Abu Jani Sandeep Khosla creation featuring a crystal beaded tassel blouse with a red ruffle constructed saree. She accessorized her look with uncut diamond jewelry and topped it off with a bold and bright red lip color and wavy side-swept hair. Certainly a change of style, Katrina Kaif tried and erred while trying something new.

Later, Katrina Kaif sparkled in her Ziad Nakad gown and she looked like our very own ice princess. The simple hair and makeup really worked well here.

Check out the IIFA awards videos if you missed it and feel the thorough entertainment in your spine. Yes!! It will surely make you shake a leg or two. Also, get inspired by these goddess looks and buy yourself one like that for the next party you have to attend in a coming time!!

Celebrate The Moment Before Marriage

Top 10 Make up Essentials and Must Haves 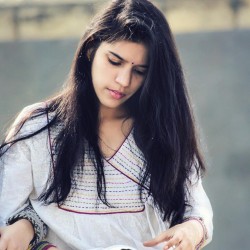